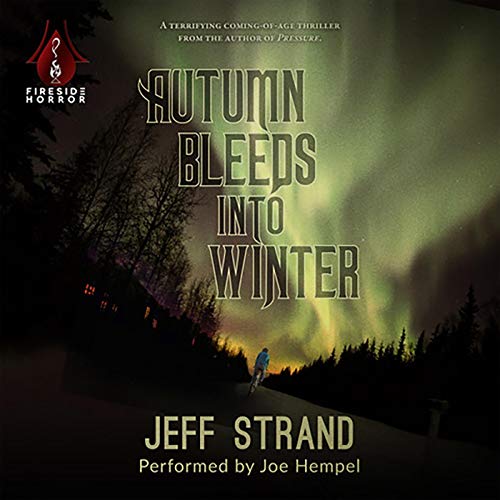 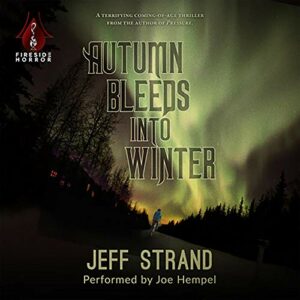 1979. Somebody has been abducting children in Fairbanks, Alaska. One of the victims was fourteen-year-old Curtis Black's best friend Todd.
Curtis saw it happen. He knows exactly who did it.
But he can't prove that it was his neighbor Gerald Martin. The authorities find no evidence of the crime. There's nothing they can do.
So he's going to confront Mr. Martin himself.
And this is just the beginning of the terrifying story…
From the author of PRESSURE and MY PRETTIES comes a nerve-wracking coming-of-age thriller.

Life has been abruptly altered for Curtis and Todd, two teenagers living in Fairbanks, Alaska, during the late 70s. One evening Curtis is witness to Todd being abducted and taken away in a car, but the police never found evidence against this neighbor and the case went cold.

I decided to listen to this audiobook for two reasons: the blurb sounded interesting, and Joe Hempel is one of my favorite narrators; but I did not know what was really in store for me when I began listening. I was absolutely absorbed by this coming of age story told in first person from Curtis’ perspective. It was one of those books that I could not literally put down and I listened to it from beginning to end on a Sunday. There were several elements that I found captivating in the story. First, the age of the main character, and how things tend to be very vivid during the teenage years. Probably the same story told by someone older would not have felt realistic. Also, having two unpopular kids is always more appealing, in that it’s easy to relate to them and one wants to see them grow and overcome their difficulties. I especially liked Tina, and was impressed with her no-nonsense attitude.

The setting was also that I think helped to give the feeling of a classic to the novel. Anything set in the 70s or 80s will have an added charm and technical difficulties associated with the era, like lack of mobiles and a bit more freedom for kids and teenagers than nowadays, especially in small neighborhoods like the one in the book.

The story is absolutely terrifying, and the first person narration kept me glued to my headphones. I also think it is a story that would translate well into the big screen, I would definitely watch it. It reminded me somehow of some of Stephen King’s books from the era like Stand by Me or The Shining.

Joe Hempel did a sublime job narrating this book, by creating the right atmosphere and delivering very vivid character interpretations. The emotions were palpable and each character had a recognizable voice and style. It was all done in a very subtle way, not distracting from the story but adding value to it. A win-win combination of story and narration.