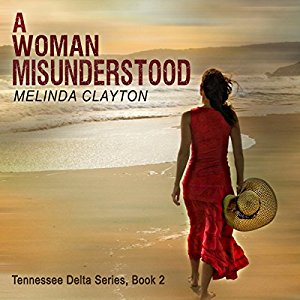 I have received this book in audio format from the author in exchange for an honest review.

Rebecca Reynolds goes on a Saturday morning to her parent’s to help with the chores of the farm, to discover them dead and mutilated along with Kelly, one of her younger sisters. Rebecca calls the cops and Lena, her other sister, gets arrested, even though she does not remember anything from the night her family was murdered. Lena has always been the problematic daughter, doing drugs and living a life which nobody approved of. But Lena and Rebecca have a lot of baggage, and maybe some secrets too. Rebecca calls Brian Stone, a semi-retired layer to assist with Lena’s case. He believes Lena is innocent but she is not even sure about that.

This is the second book of a series, but it can be read by itself, since this story is not like a second part of the first book. In fact, I have not listened to book 1, even though I would love to do it one day, and that did not prevent me to fully enjoy this book.

One of Melinda Clayton’s strong point is creating beautifully constructed characters with complex relationships amongst them. She is a licensed psychotherapist, and you can see that in her books. The Reynolds were a dysfunctional family, but each one of them felt completely real. Little by little we see how their family dynamics were, and Clayton peels off the different layers of their relationships, ending with a very realistic portrait of a family.

Even though there are not many twists to the story, Clayton was able to keep my interest until the end. I was almost sure we would never have known whether Lena did it or not, but the end was something I did not expect, and it really shocked me and had me thinking for many hours. The word I would use to describe it is ‘disturbing’. If an author gets to move and sock their readers I think it is a victory, and Melinda Clayton won me with this book.

The book is narrated by the wonderful Michelle Babb, one of my favorite narrators these days. She gave different nuances to the sisters so that they sound really different to the ear. She is expressive, and transmitted the characters’ emotions in a powerful way. Male voices were also very well done, and I can say that Babb’s narrations always provide a five star experience.

This was a very good book, and greater even because the end really surprised me and made it even better. I am curious about Brian Stone’s story, so I will definitely listen to the first book in the series. I would recommend it to anyone who would like a well told story but stay away if you are looking for a happy book.