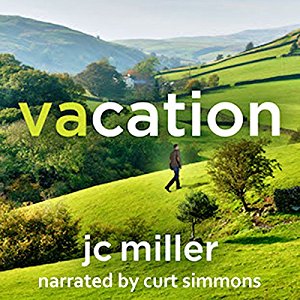 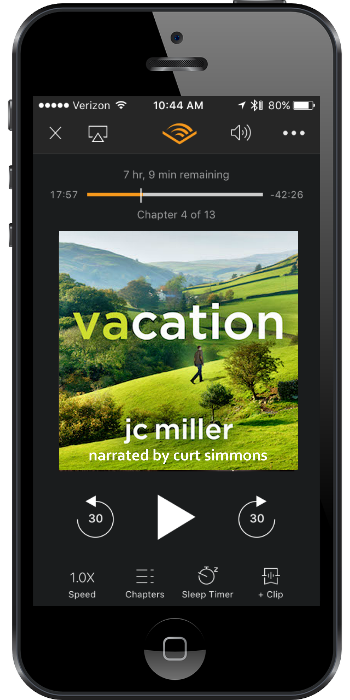 Dr. William Koval, a pragmatist with little faith in humanity, prefers to dwell in the eerily comforting microscopic realm, where he is master of his domain. But his worldview is upended when he decides to go on the English walking tour his wife had been planning before her murder three years earlier. Only when William confronts his past, including his troubled marriage, will he find a way to rejoin the living, to move forward, and perhaps love again. The real journey, he discovers, lies within.

⚡️Show your support for the Vacation audiobook by joining the Thunderclap campaign!⚡️

JC (Jeanne) Miller is a freelance essayist, the author of five novels, including the best-seller, Vacation. An avid reader, aspiring traveler and table tennis enthusiast, JC resides in Northern California.

Curt lives in Seattle and produces and narrates audiobooks in his home studio. He began his performing career in college as a stage actor and radio personality. After college, in addition to acting, Curt also did voiceovers for commercials, which he also wrote, directed, and edited for broadcast TV. Following the birth of his daughter in 1984, he left the performing arts to pursue a more “stable” profession managing projects. Then, in 2014 he returned to the professional stage for the first time in over 30 years as Walter Flood in Becky’s New Car by Stephen Dietz. He has also appeared recently as Lyman in Other Desert Cities by Jon Robin Baitz and Ralph in The Last Romance by Joseph DiPietro. Vacation is Curt’s eighth audiobook.

Aug. 16th:
Between the Coverz
WTF Are You Reading?
The Literary Apothecary