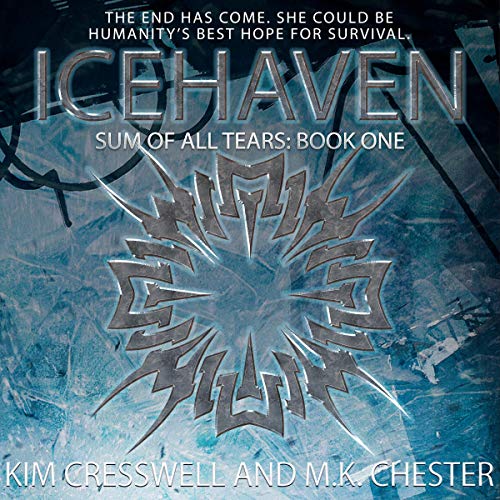 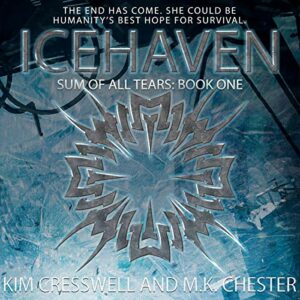 They said it wouldn’t happen.
Everything would be better.
They were wrong.
After a climate change experiment goes terribly wrong, August Madison, finds herself resurrected in a frozen wasteland.
With most of the world’s population and food sources annihilated, depraved nomadic gangs patrol the lawless landscape as outlasters claw for survival.
Amid the chaos, Graysen Marx, iron-fisted leader of the domed settlement Liberty, emerges from the catastrophic event with his own agenda.
When August crosses his path, he sees an opportunity he must exploit.
She sees an evil she must destroy.

August’s father is the lead scientist on a climate change experiment that will change things for the best, but something goes terribly wrong, and Earth undergoes a second glacial age. Not only that, but everyone close to ground zero dies instantaneously. Everyone but August.

I found the premises of this story quite interesting: a second glacial age as a result of a failed experiment, people trying to survive under these new conditions, some with special powers after the D day, and a promised land under the rule of a man who seems to have an agenda. I listened to the first half of the book with great interest, absolutely convinced that Graysen Marx’s story was going to be an important one, related to the terrible event. I still think it is but the book was then focused on other things that I found a little bit less interesting because I see them coming from afar. The big reveal at the end was something that I suspected from almost the first moment they set foot on Liberty.

Instead of focusing on what Graysen Marx could have to do with the cataclysm, the second part of the book focused on a plan August had devised. The plan was referred to with these words all along but it was not explained or it was not justified but very clear to me what it was. In the end, some coincidences (or Deus Ex Machina) resolved the question.

I tend to have issues with books with just an evil guy pulling the strings of everything. Once Marx was debunked, suddenly everyone was a good guy and wanted to collaborate with August and her friends. It could be that this kind of characters is just not developed enough and not believable to me.

I really enjoyed the setting but I missed some more descriptions and world-building. Most of the time we did not get many details about the places where the actions were set in, or the background of many of the characters. Somehow it felt they have been surviving the glacial era for all their lives. It was maybe intended to show August’s shock at this era.

I found some plot holes that bothered me a bit, like why children were not tested, as special powers could be just diagnosed through a blood sample, and the importance of it regarding Marx goals. The fickleness of the characters was also something that did not make a lot of sense. I think everything fell into place too easily in the end.

Jennifer Swanepoel’s narration was a bit hesitant and monotone but effective. Her character interpretations and voices were good though, with subtle differences, even though some characters sounded a bit similar. The audio production was well done.