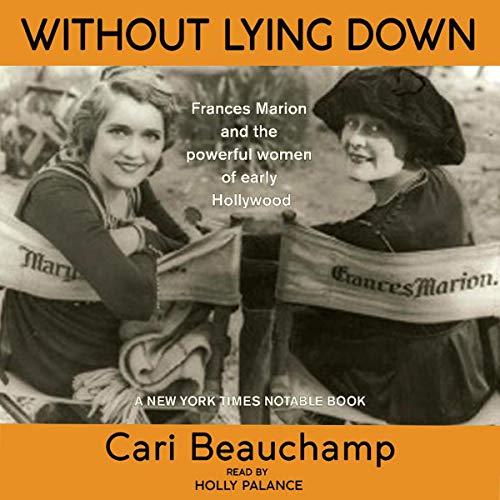 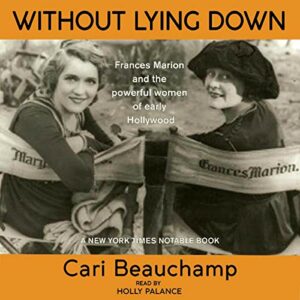 Frances Marion was Hollywood's highest paid screenwriter - male or female - for almost three decades. She was the first woman to twice win an Academy Award for screenwriting. From 1916 to 1946 she wrote over two hundred scripts covering every conceivable genre for stars such as Mary Pickford, Gary Cooper, Greta Garbo, Marion Davies, Rudolph Valentino, Clark Gable, Marion Davies, Rudolph Valentino, Clark Gable, and Marie Dressler. Irving Thalberg "adored her and trusted her completely, " William Randolph Hearst named her for the head of west coast production for his Cosmopolitan studios, and in 1928, Sam Goldwyn raised her salary to an unparalleled $3,000 a week. Her stories were directed by George Cukor, John Ford, Alan Dwan, and King Vidor, and she went on to direct and produce a dozen films on her own. On top of all this, she painted, sculpted, spoke several languages fluently, and played "concert caliber" piano. Though she married four times, had two sons, and a dozen lovers, Frances's life story is mostly the story of her female friendships. As talented, successful, and prolific as Frances Marion was, these relationships were as legendary as her scripts. Without Lying Down is an eminently readable and meticulously documented portrait of a previously hidden era that was arguably one of the most creative and supportive for women in American history.

I found this book so inspiring that I have loved it from beginning to end. This is the story of Frances Marion, one of the most well-paid screenwriters in Hollywood, but it is also the story of everything surrounding her during those years. Her resilience, fairness, and how she believed in the power of women supporting women.

The book is a delight for any cinema aficionado, and it is interesting how the Hollywood landscape and industries changed over the years. Francis was a visionary, she had a unique talent for adapting and writing scripts, and when the times changed, with censorship, the coming of sound, and the economic crisis, she was able not only to survive but to flourish, always bringing support to the ones she loved, and the ones who have been for her over the years.

There are very well known names mentioned throughout the book, like her best friend Mary Pickford, a very young Gary Cooper, her old friend Jack London, and the charismatic Marie Dressler, among them. It is a journey through time in the history of cinema, and one that every cinephile must travel.

Holly Palance’s voice kept a compelling tone throughout the book, keeping my attention at all times. Her narration definitely provided an excellent experience without interfering with the story.

Frances and all the women mentioned in the book should be an inspiration for all of us. Their inquietudes, strengths, and sorority are values that we must keep alive.