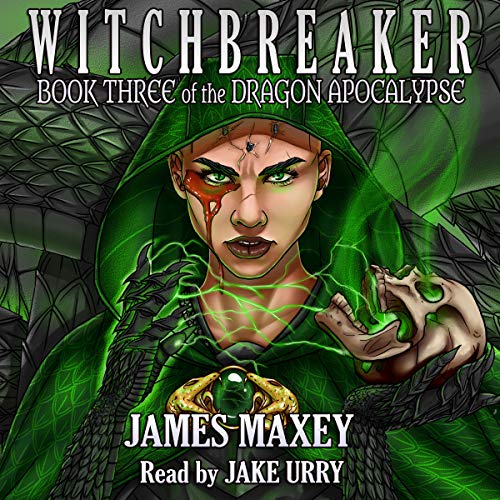 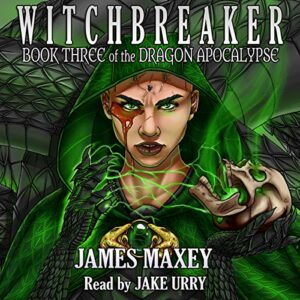 Book Three in the stunning Dragon Apocalypse Trilogy
Five hundred years ago, the famed Witchbreaker, Lord Stark Tower, launched a war against the cult of witches, nearly wiping them out. Today, only a handful of women still practice the craft in secret. A young witch named Sorrow has dedicated her life to changing this reality, vowing to wipe out the Church of the Book and launch a new golden age of witchcraft. In pursuit of her goals, she bonds her soul with Rott, the primal dragon of decay, giving her nearly limitless powers of destruction. Unfortunately, tapping this power comes at the cost of her humanity, leading her into a desperate quest to find the greatest witch of all time, Avaris, in hopes of mastering her dark magic before it destroys her. But she's not alone in hunting Avaris, as fate throws her into an uneasy partnership with a man who wants to be the new Witchbreaker. Can either of them survive their mutual quests when their journey leads them into battle with Tempest, the primal dragon of storms?

I had mixed feelings about revisiting Maxey’s world knowing that this time Stagger was not going to be the one telling the tale. He makes a couple of brief appearances, but this story is mainly about Sorrow, the witch we met in the previous book, and Slate, a knight she unearths by accident when looking for nailed skulls at the witch cemetery. If one thing can be said about Makey’s books is that they are very well written, with a beautiful and ornate writing, and amazing creatures and worlds. The world building is still amazing in this third book in the series, and I can say that it is one of the most original settings I have read about in the last years. Another thing that this book has in common with previous books is a full cast of lively characters with complex relationships. Many of them already appeared in the previous book, and we see an evolution in some of them. I like to think about Brand and Bigsby as characters that have grown. The dialogs are fresh and snappy,  and I laughed several times when listening to conversations between Sorrow, Brand, and Bigsby.

The plot was complex and well written, but I found myself a bit disinterested at times. I replayed the first and last chapters of Hush after finishing this book last night to check what was missing for me here. Stagger’s narration had heart and soul, and despite of him being dead from the very beginning in book one, I was able to connect to him. I did care for Stagger and then Infidel, and I think part of the strength of books one and two was this deep connection to both characters. Maxey writes very strong female characters, but most of them are broken in ways that make them hide their human side for fear of appearing weak. I think this is why I could more easily relate to a male character being a woman myself. Men in these books have an array of problems, and some are strong, some weak, some have traumas from the past; but women have all similar issues, and I found more difficult to “like” them. This was more evident with Sorrow. She has good intentions and believes in a greater good, but she is a loner, and somehow loses perspective in her search. This could have made me care for her, but I missed some of her internal voice to be able to relate to her.

Sorrow’s fight was a noble one, and I considered a feminist for going against the Church of the book to avenge the death of so many witches in the past. I somehow expected the good side to win, or at least that the good in this fight was acknowledged and these women redeemed, but in the end, things were not just black or white, and some witches were meaner than how I expected them to be. I was a bit disappointed by this.

Jake Urry did again a fantastic job bringing the characters to life and narrating the story with the perfect cadence to get me hooked. Maxey writing style paired with Jake Urry’s voice is just pure pleasure. This is not an easy book, because there are many characters in it, but Urry made them sound all different with subtle voice changes and interpretation styles. Something that I found strange was Sorrow’s husky voice, deeper than most of the male characters’ in the book. I know it matches her voice in the previous book, but I got confused several times, especially when listening to dialogues between her and Slate.

Despite the minor issue I had with the book, I am still in love with the world James Maxey created, and I am looking forward to the next book.