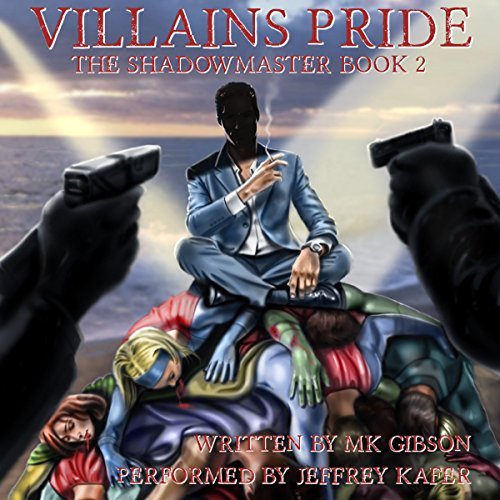 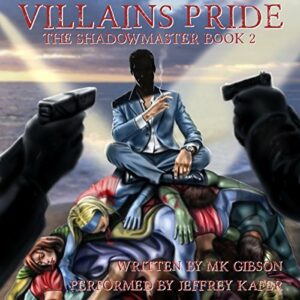 The Shadowmaster is back . . . whether you wanted him to be or not!

Jackson Blackwell, The Shadowmaster, is in over his head this time. After his last adventure, where he tore fantasy novels a new one, Jackson has to deal with the repercussions of angry gods, angrier conspirators, and the wrath of his pregnant girlfriend!

(I know . . . actual consequences in a comedy/action series? How avant-garde! --I think. Okay look, I really don’t know what that means. I’ve always just wanted to say it and I’m too lazy to look it up.)

Thanks to a godly decree and a crafty clause, Jackson has been banished from his home. And the only universe kindly enough to take him in is one infested with comic-book-style superheroes and supervillains. A perfect place to cause mayhem, right? Well, it wouldn’t be much of a book if it were.

Comics don’t play by the rules and Jackson has been tasked to do something “unique.” Whatever is a villain to do?

Follow the adventure of Jackson Blackwell as he attempts to manipulate his way back to the top while dealing with all manner of dark detectives, godly aliens, expensive power suits, and the most daunting challenge of all . . . looming parenthood.

I had lots of fun with Villains Rule, so I was looking forward to the second instalment in the series.

The Shadow Master is at a new stage in his life, a soon to be father with serious doubts about his future. He is then banished from his reality and the only place where he can go is a comic superheroes world. Jackson Blackwell will be there to spice things up causing everything in this world to go upside down. No hero will be safe from this super villain.

It was hilarious to see how things didn’t always work out for Jackson Blackwell as he expected, and also the way he had to retaliate. There isn’t much going on during the first two thirds of the book, but we get plenty of speeches from The Shadow Master, many of which I agree with. He is a despicable person but sometimes he has good ideas that he exposes like slaps in the face. It was a bit too much rhetoric, but it was insanely funny and most of the times I appreciated his opinions.

The nitty gritty of this story is towards the end, though, where there are a couple of massive twists and things fall in place.

The 4th wall is broken again in this book, in a more brutal way than the first one. The Shadow Master addresses readers and reviewrs several times, and there is even a review by one of the characters. This is totally irreverent, but hey, it works here, and it made me smile more than once.

Jeffrey Kafer’s narration was absolutely perfect for this book. He really voiced the characters and transmitted their emotions, giving a different and recognizable voice and style to each character and trapping you in the story. The book by itself is very funny, but Kafer, with his interpretations makes it totally hilarious. There was even place for him in the audiobook as a character, which was the icing on the cake.

I agree that this type of book is not for everybody, but I would recommend it to anyone who enjoyed the first one, and anyone who wants to listen to something totally different from what they’ve listened to before.

I was given this free review copy audiobook at my request and have voluntarily left this review.