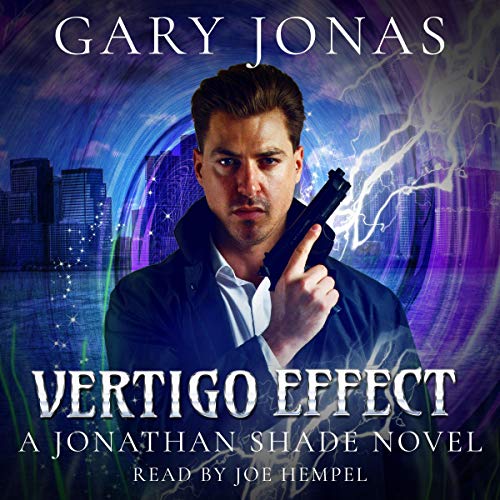 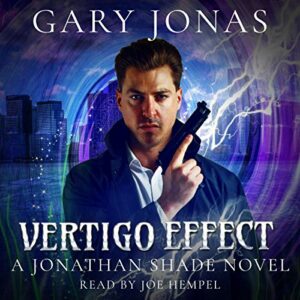 Lights, Magic, Murder!
A movie stuntman dies performing a stunt on location, but the police call it an accident. His girlfriend, Angela, is a low-level wizard, and when she finds a witch's spent hex bag at the crime scene, she knows it's murder.
Jonathan Shade and Kelly Chan take the case and go undercover to do stunts for the movie while they track down the murderer, but as always, not everything is what it seems.
Vertigo Effect is loaded with action, magic, humor, danger, witches, wizards, Esther the ghost, movie stars, and fun.  Read it today!

The series so far:

Jonathan and Kelly are employed as stunts in a movie to investigate the tragic death of another stuntman. Foul play is suspected but no one seems to have enough motives to have killed this man.

This is one of my urban fantasy favorite series, and I was looking to this audiobook since I finished the previous one. Jonathan, Kelly, and Esther are finally settled in their new timeline, so this book a bit more straightforward than previous ones in that respect. The audiobook was a delight to listen to: plenty of action and intrigue, and while Kelly is not the same person as before, the group dynamics feel more like the old ones. I think that this change in Kelly allows for a different and deeper evolution that will have pleasant surprises in the future.

I was hooked to the story from the start. We do not know this dead stuntman, but the circumstances of his death were strange enough to grab my attention. The secondary characters were picturesque and interesting, as in previous books, and they felt distinctive enough that I was able to see them with my mind’s eye.

Joe Hempel’s narration was absolutely flawless and exquisite, no news here. It is not only that it didn’t disturb the story but it elevated it and made the characters more human. There were differences in voices that made following dialogues easy, but those differences were also subtle, which made the dialogues sound natural and the characters alive. Joe Hempel was already one of my favorite narrators before this series, and I am glad that he decided to narrate it, which led me to discover Jonathan Shade’s world.