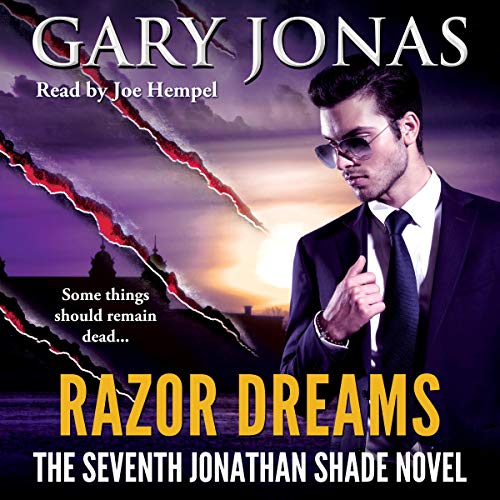 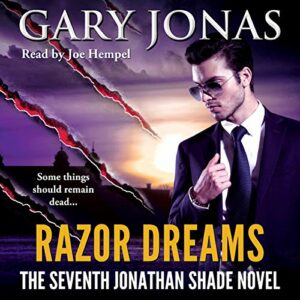 A SIMPLE CASE FOR A NEW BEGINNING...
...that's all Jonathan needs.  Some easy little supernatural problem to gain Kelly Chan's trust, and keep her from walking out of his life forever.
The case goes from simple to deadly when Jonathan's actions wake an evil entity with murder on its agenda.  The only way to stop it is to call in reinforcements from the Manhattan branch of Dragon Gate Industries.
But calling DGI means dealing with the head of the division -- Jonathan's older sister.  She blames him for the death of their parents, so she'd rather see her brother run out of New York than lift a spell book to help.
Don't miss this exciting addition to the popular Jonathan Shade series!
The series so far:

Jonatha, Kelly, Reina, and Esther are back in the present, but they are not the same as they once had been. There is tension among them, and Jonathan wants to prevent Kelly from leaving the group. Jonathan has found about a new mystery to investigate in New York City, but Kelly believes it is not important, and that Jonathan is just buying time to keep her within the group.

I am an absolute Jonathan Shade fan, and listening to this book has been like sharing time with old friends. I have missed them so much in the last months that I had to listen to this new installment without thinking it twice. I don’t think anyone will attempt to approach this book without reading the previous ones, but just a word of warning regarding this: This book is part of a series which plot has gotten really convoluted, please do not attempt to read this as a standalone. You will be lost. This book picks up where the previous one has left the story, and I have to say that this book’s foundations lay heavily on the previous ones, so I recommend reading them one after the other if possible.

Jonathan Shade’s novels have been getting darker and darker, and this one continues along that line, almost constituting a horror novel at times. The experiences the group has are so vivid that I kept being all the time the edge of my seat. There were some surprises along the way and some twists that I did not see coming. I am glad that Jonas is still able to amaze me, even after six books.

Joe Hempel delivered a masterful narration, with very heartfelt character interpretations. He had already become Jonathan in the first book of the series, but listening to his voice again, transported me instantaneously to the world created by Gary Jonas. There were some difficult character interpretations in this book: the relationship between Jonathan and Kelly was heavily damaged, and being able to show this to the listener was something crucial to be able to grasp the depth in this book. Joe Hempel did it justice magnificently, transmitting both characters’ complex emotions and creating the illusion of having real people interacting.

This book answers some important questions, but there are still important matters to be completely resolved. I am impatient to listen to the next one in the series. Please, Gary and Joe, don’t make us wait too long!