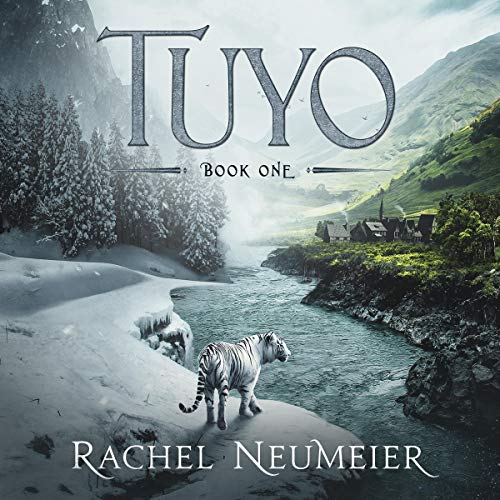 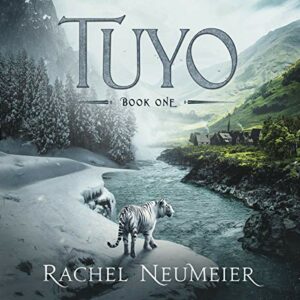 Raised a warrior in the harsh winter country, Ryo inGara has always been willing to die for his family and his tribe. When war erupts against the summer country, the prospect of death in battle seems imminent. But when his warleader leaves Ryo as a sacrifice -- a tuyo -- to die at the hands of their enemies, he faces a fate he never imagined.
Ryo's captor, a lord of the summer country, may be an enemy . . . but far worse enemies are moving, with the current war nothing but the opening moves in a hidden game Ryo barely glimpses, a game in which all his people may be merely pawns. Suddenly Ryo finds his convictions overturned and his loyalties uncertain. Should he support the man who holds him prisoner, the only man who may be able to defeat their greater enemy? And even if he does, can he persuade his people to do the same?

The winter and summer countries have been on and off at war for a long time. When things heat up again, Ryo inGara, the son of an important war leader from the winter country is left behind as a Tuyo, an offer, to be sacrificed by Lord Aras from the summer country. Ryo is ready to face the end of his life in the most savage way, but Lord Aras has different plans for him.

A character-driven tale, Tuyo is a story about sacrifice, honor, and the honest friendship between two men with very different upbringings. A clash of cultures, the learning of respect, and a story about the broadening of one’s own horizons.

The book is written in first person from Ryo’s point of view, and it shows how shocked he often is at how the people from the summer country do things. Also, Lord Aras is not your typical power-thirsty lord, and his laid-back ways, empathy, and respect make him an admired and loved leader.

Both Ryo and Aras evolve in this story, and their relationship gets shaped by the many events happening in the book, in a world where the greater good and honor are more important than life itself.

The writing style feels clunky at times, but this is done on purpose, as the story is told by Ryo, from the winter country. Considered more rudimentary and primitive than the men of the summer country, they have a different set of values and ways of doing things. I have to say that the illusion of listening to Ryo’s thoughts was very well done, it was like listening to a real person’s thoughts. I think I got to know him quite well, and I thoroughly enjoyed seeing the world through his eyes, making the clash of cultures very palpable. None of both cultures was the best in every aspect, and both Ryo and Lord Aras realize this after the many challenges they face together.

This was a fine work of epic fantasy that reminded me of the classics, with a complex world-building but without going into much detail, as it’s just a backdrop for the main characters to shine and show their respective cultures.

Patrick McAffrey’s narration felt a bit hesitant at first, with unexpected pauses in the narration. The rhythm improved after a little while, but there were some details that we often see on not very experienced narrators, like background noises and some voices that sounded too similar. The two main characters sounded quite different though, and McAffrey’s interpretations were vivid and expressive, which made for an overall enjoyable narration.

In general, I was impressed by this story and I’m looking forward to the second book.