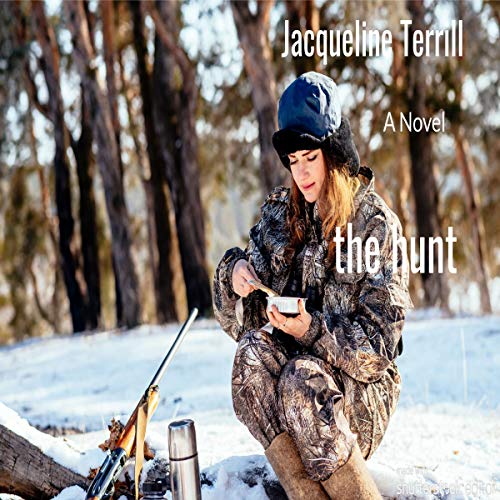 After thirty years of marriage, Rachel observes herself amid a matrimonial nightmare. While at first, she sought to write off Seth's nighttime escapades and drinking as a midlife crisis. The local sheriff hands her a foreclosure notice because her mortgage hasn't been paid.   Rachel perceives something is awry.

Devastated and needing space to reflect, Rachel accepts a respite from her best friend Lauren to hang at her cabin in the Allegheny Mountains for Thanksgiving, where she reconnects with Lauren, and her family.

When Rachel tries to understand Seth's change of heart, the schemes of her husband, mother-in-law, and the entire Blackstone crew.  The family she married into became an illusion.

As her thirty-year marriage dissolves, Rachel realizes that getting into the Blackstone family is one thing, but getting out alive is another.

Desperate to get off of this roller-coaster ride without shattering, Rachel must figure out the shrewdest way to pull herself up out of this turbulent charade.

Can she stay alive through the worst episodes that marred her down to her knees?


I had the impression this book was going to be a cozy mystery but it was a mix of romance and thriller. It tells Rachels’s story, a 50-year-old woman who one day discovers that his 30-year-old marriage has been a lie. There are some criminal elements to the story to make it more interesting. It was an easy and quick listen.

I found Rachel to be very naive, as things were happening almost before her eyes and she never suspected anything. It is also true that the victim is sometimes the last one to know. I have known a similar case (minus the illegal activities but a similar timeframe) and I could see the parallel facts in both situations. Apart from naive, Rachel was also just reckless, not seeing the imminent danger that was looming over her. Also, who takes a car trip through the snow with just purchased used tires?

The story was okay but I think the subject was not one of my favorites, as I have witnessed a similar situation and I find them messy, ugly, and just not desirable material to read. It might be personal, so please disregard if this is something you may be interested in.

The book is written in first person, most of the time from Rachel’s point of view, but there are some chapters from other’s characters in the book’s POV. These changes were preceded by the character’s name, so it was easy to know who was talking. Somehow this way of telling things did not completely convince me, as I find a lot better to show things to the reader instead of delivering unnatural and long monologues to transmit information. I found Rachel’s mother in law’s monologue especially cringy.

There was a sentence that got me thinking, as it felt strange. It happened just after Rachel had a car accident and it was “most people would have died in the same situation”. What situation? A car accident? A wound to the foot? Did this mean that Rachel was lucky or that she was especially resilient compared to the rest of people? Somehow I think the use of words was less than fortunate here. And talking about this event, I found it weird that Rachel didn’t get an X-ray at the hospital. Maybe the wound was superficial but I didn’t get that impression from the story.

Becky Brabham did a good job portraying Rachel and transmitting her emotions. Her male voices needed more work, though, to sound credible, as they were overdone. I found her narration speed a bit higher than most narrators’ but it was not something that disturbed me. I am not a fan of special effects in books, and there were some in this one. It is not that they should not be used, but if they are, they should at least sound more natural. I just prefer a narrator saying ‘knock knock’ rather than having canned sounds. I find it less distracting.

I almost never comment on the cover of books, as I think it’s something less important than the story or narration themselves, but I just couldn’t skip it this time. First of all, the cover is completely misleading, showing a woman in the forest and hunting gear. Not only that, but the audiobook cover is almost the same as the paper version with the aspect ratio completely wrong, to account for a square format instead of a rectangular one. Most audiobooks have the same cover as their counterparts, but they are usually cropped and adapted to fit the new format. Altering the aspect ratio is a sin for any graphic designer.

It was an okay audiobook but be sure of the genres before listening to it. I am not into romance, so take my review with a pinch of salt.