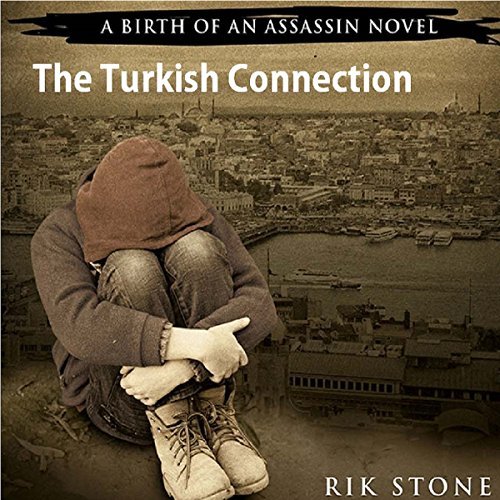 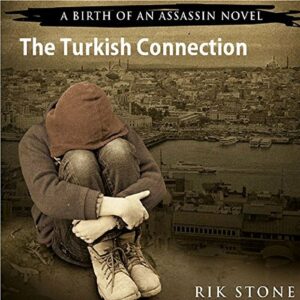 Mehmet battles for daily survival in the murky Istanbul of 1951 while being forced to learn the craft of theft and violence alongside the other street children. Come evening he curls up under a stinking jetty in a waterway off the Bosporus Strait. Desperation fills him as he yearns to break free from the life inflicted on him by his drunken, womanizing father, little knowing that his rotting body lies at the bottom of those same waters.

Adulthood comes before Mehmet finds out that it wasn't fate that had taken control when he was a boy, but a very real nemesis. But is it too late? Can he yet turn things around and get his life back?

After listening to the master piece Birth of an Assassin, I was looking forward to The Turkish Connection. This is a different book, and not exactly a continuation, even though it is presented as the second book in the series. The story happens in the same universe as Birth of an Assassin, but I would say that this is one complements the first novel. One of the subplots in Birth of an Assassin was about Jez’s sisters sent to Turkey to work as prostitutes. We see a little bit of them here, along with other characters from book 1, but the main story is a completely unrelated one.

The main character of The Turkish Connection is Mehmet, a young boy of eight from Istanbul who is kidnapped after his father has been killed for being caught stealing some money from one of his friends. Mehmet starts a new life surviving with a band of urchins, but he has an enemy that wants him dead. The reader will go along Mehmet in the journey of his life, from becoming an orphan to the point where is is recruited by a higher cause, but he will never forget his desire for revenge.

This is again an action packed thriller that spans many years in the life of its characters. If there is something characteristic in Stone’s books is how time and events affect their characters, and how there is a clear evolution in the main character, causing a grave transformation that will be decisive in the main events.

We are against a complex story again, with many subplots and reading layers. We are witness to the corruption by quite different people, but there is also the need for justice, the desire for revenge, and there is even place for low passions. The characters were amazingly well written, and Stone’s style makes you see the characters’ surroundings like you were part of the main action. I definitely cared for Mehmet, and suffered a lot with the ordeals he met in his journey.

I was glad to listen to Dennis Kleinman again narrating a book written by Rik Stone. His style works perfectly for Stone’s stories, using a compelling tone that kept me on the edge of my seat. His characters’ interpretations were spot on, I just missed again some voice range variation, even when voicing female characters, which were not many this time.

This book can be read as a standalone, since it is not really a sequel to Birth of an Assassin, but the clear references will delight anyone who has read the previous book. I am looking forward to The Man in the Blue Fez.