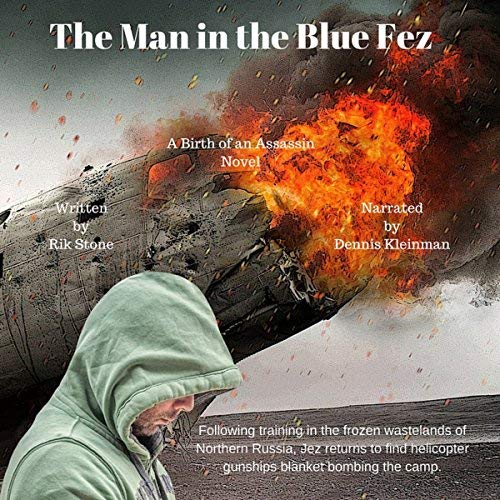 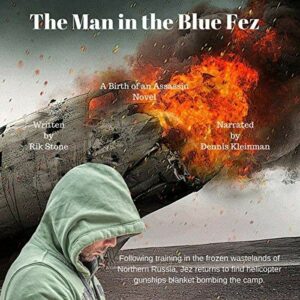 From a former death camp in the snowy Russian mountains of 1973, Jez Kord is sent into the freezing wastelands to prove himself fit. Pavel Rostislav has orders to hinder his progress and follows closely behind. The training ends and they unite, but as they return to camp, the sky fills with helicopter gunships. A venomous assault ends with the flaming liquid of napalm bombs swallowing up the entire complex. The pair make a run for it, but a unit of Spetsnaz elitists are hot on their heels.

Anna Kord is on assignment in Turkey with two other agents. Adam Mannesh and his twisted band of misfits have designs on a drug empire that Anna and the unit have been tasked to take down. Adam comes to their assistance, but then betrays them. Now their only chance of survival hangs on Jez and Pavel evading the Siberian pursuit.

After reading the previous two books, and enjoying them so much, I couldn’t resist to a sequel with a quite a suggestive title. Anna and Jez each start a different journey; Anna has a mission in Turkey, while Jez is sent into the freezing wastelands surrounding the Russian camp where they were staying, in order to check that he is fit for going on missions. While Jez is out with Pavel, the camp is bombarded and destroyed. Meanwhile, Anna is having more difficulties than expected in Turkey, and the man in the blue fez has something to do with it.

This is another action packed novel within an historical frame. Stone is using here the Chechen – Russia conflict to frame an exciting story in which its characters will travel long miles and cross countries. In this book we will meet characters from Birth of an Assassin and The Turkish Connection, so no introduction is needed. It was pleasant to meet these characters again, but I missed some of the evolution I witnessed in the previous books, where the story spanned several years. It felt more immediate in this one, and perhaps that allowed for more action, so there was not a moment of boredom.

There is again some degree of cruelty, torture, and graphic violence. It did not bother me and I think it was something necessary to give credibility to the story and to show the characters traits.

Dennis Kleinman did again a wonderful job bringing Stone’s characters to life, and also delivering a very compelling narration. I missed again some variation in voices, and in some cases I had troubles distinguishing between characters, but not to the point that it distracted me from the story.

As with the previous book, this could be read as a standalone, but it will be more enjoyable for someone who has already read books one and two. I would absolutely recommend the whole series to anyone into thrillers and historical fiction.