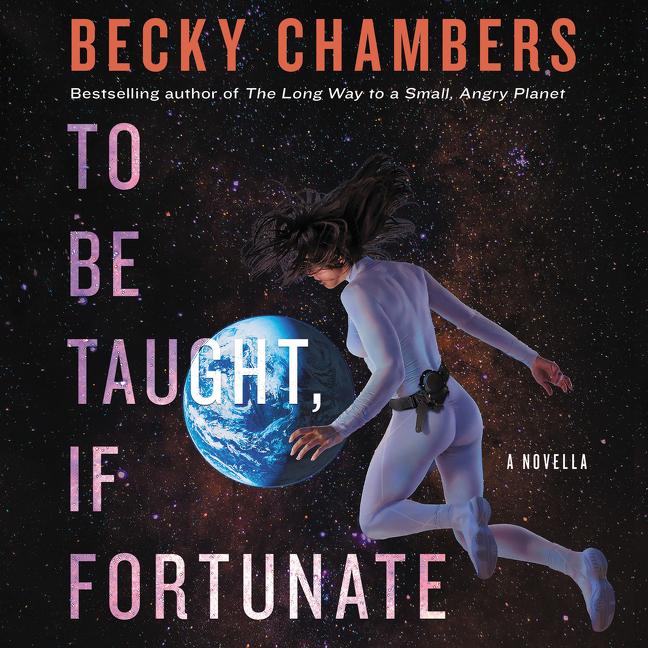 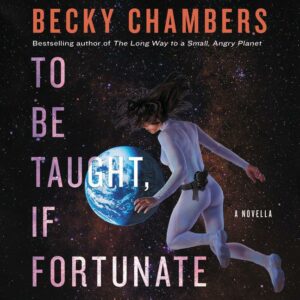 In her new novella, Sunday Times best-selling author Becky Chambers imagines a future in which, instead of terraforming planets to sustain human life, explorers of the solar system instead transform themselves.
Ariadne is one such explorer. As an astronaut on an extrasolar research vessel, she and her fellow crewmates sleep between worlds and wake up each time with different features. Her experience is one of fluid body and stable mind and of a unique perspective on the passage of time. Back on Earth, society changes dramatically from decade to decade, as it always does.
Ariadne may awaken to find that support for space exploration back home has waned, or that her country of birth no longer exists, or that a cult has arisen around their cosmic findings, only to dissolve once more by the next waking. But the moods of Earth have little bearing on their mission: to explore, to study, and to send their learnings home.
Carrying all the trademarks of her other beloved works, including brilliant writing, fantastic world-building and exceptional, diverse characters, Becky's first audiobook outside of the Wayfarers series is sure to capture the imagination of listeners all over the world.

This is one of those books that leaves a pleasant aftertaste. I have to confess that the first half was just okay. The language was beautiful, the detailed descriptions and scientific jargon were mesmerizing, but the characters and story were just too perfect, they did not have a soul, and I was waiting for a conflict to happen to make things interesting. I have read several reviews mentioning that this novella lacks a plot, which I almost believed during the first half of it. About halfway though, things get more interesting, and I can attest that this is one of those books that make you think, and it has the elements of classic science-fiction that I love.

I have seen two editions of this book on Audible under different categories, one under Science Fiction & Fantasy, and the other one under LGBT, which I found surprising. This may be an LGBT story, as the four characters in it have a special relationship, but I would not say that this is the main genre I would catalog this book under. This is pure science fiction, and while the relationship among the crew members is important, it is irrelevant who sleeps with whom. It is mentioned several times as a matter of fact but it is just a small element in the story.

I have listened to the version narrated by Brittany Pressley, and it was a very enjoyable narration. She has a sweet voice, and she gave all four characters a distinctive style by using different tones of voice and accents, which made them absolutely recognizable.