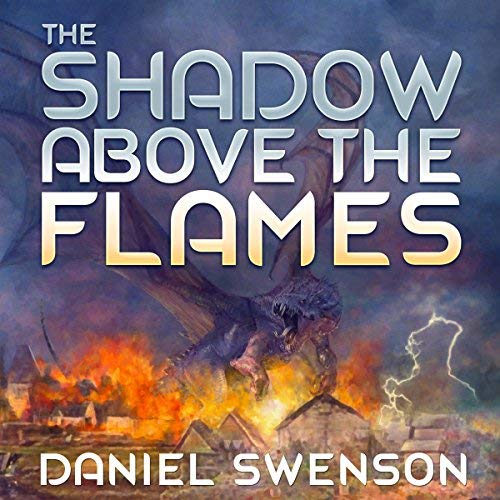 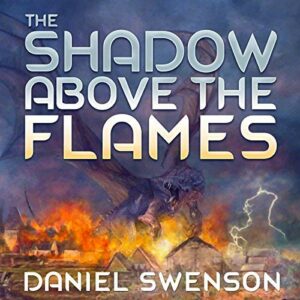 "An awesome premise combining old and new. Tons of fun."
- Dan Wells, New York Times bestselling author of "I Am Not A Serial Killer"

Five years ago, hungry for energy and profits, the Union Forest Corporation embarked on an aggressive search for alternative power sources. In their quest they drilled too deeply, releasing a long-forgotten evil that’s been terrorizing the planet. As frightening as the dragon is, the executives at Union Forest are more terrified of losing corporate secrets than losing human lives. Somewhere in that drilling site, there’s a data core that they desperately want back.

After giving years of service to the military, Henry Morgan just wants a normal life. But between nagging feelings from his past and a strained relationship with his brother Rick, “normality” always feels just out of reach. When Henry learns that Rick is among the force of elite commandos sent by Union Forest to battle against the demon at the drilling site, he’s forced back into the roles of soldier and protective older sibling. He’ll do everything he can to save his brother . . . including risking his own life at the hands of a ruthless corporation.

My original The Shadow Above The Flames audiobook review and many others can be found at Audiobook Reviewer.

The Union Forest Corporation has been digging for some time in order to find more available power sources. But five years ago they went too far, and awakened a dangerous and terrible monster, and now the corporation wants to silence this terrible truth and slay the dragon This is the story of two brothers who risk their lives to get rid of a powerful menace.

The premises of this book were so interesting, but it failed to deliver. This is your typical classic dragon book but in a modern setting. The plot was well built, but I the character development was poor. There were constant POV changes, being the story told by both brothers alternatively. The problem here is that both characters sound exactly the same, talking and thinking, so I found it difficult and tiresome to follow the story and identify POV.

As in other military fiction books, there are many secondary characters, and if the main characters were not very developed, the secondary ones were just mere drafts, and I was not very moved when there were casualties.

I struggled to finish this book, since I wasn’t able to connect with the characters and I didn’t become very invested in the story. Another issue is the constant repetitions and reiterations. The book could have benefited from an editor and transformed in a more polished product.

Steve Campbell’s narration was correct. He did a wonderful job regarding character’s interpretations, but I would have preferred their different voice tones to be a bit more subtle. It felt a bit overdone, in my opinion.