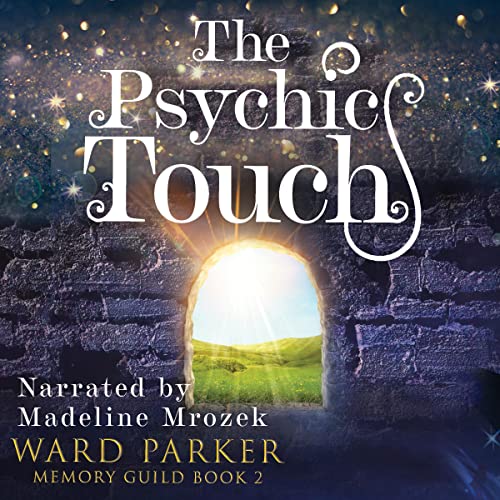 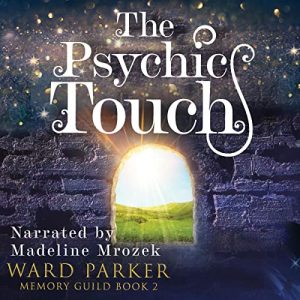 My name is Darla, and I’m a psychometrist.

When I touch objects, I pick up the memories and emotions of other people who have touched them.

I was well into my midlife when I was recruited to serve on the Memory Guild, a secret society of supernaturals and paranormals. Based in one of the nation’s oldest cities, the Guild preserves historical memory while fighting lies and conspiracy theories.

And now a psychopath is trying to assassinate the members of the Guild. Including yours truly.

With the reluctant help of a handsome detective, I try to find out who’s behind the attacks. In between that and trying to stay alive, I also have a day job: running a historic bed-and-breakfast. So I’m kind of busy right now.

I don’t need the unplanned trips through a magic portal and the revealed secrets about my second husband who left me. All while dealing with my wacky witch mother and my trouble-prone daughter.

I’m your typical overworked woman. Except I also have a price on my head.

Enter a world of mystery, magic, murder, and mischief, with ties to the Freaky Florida humorous paranormal series.

The Psychic Touch is the second book in the Memory Guild series. Darla Chestwick recently started a new life in St. Marcos, Florida, where she owns a 300-year-old Bed and Breakfast. Darla’s business is starting to pick up when one of her guests is found dead after falling from his bedroom window. The deceased man’s wife blames the ghost in the room, but Darla knows this can’t be the case, but she still can’t explain this unexpected death.

This was an entertaining listen! It had the right dose of mystery, humour, and magic. Parker did a great job building up the intrigue, creating subplots, and generally crafting a riveting tale with charismatic characters, and secret societies. I also wanted to mention that I didn’t suspect who was behind the murders until the end, which means that this is a book that kept me guessing, and there were many surprises along the way.

Madeline Mrozek delivered an extraordinaire narration, with an ample voice range, making all the characters distinguishable, and great interpretation skills. The audio production was spotless. This is one of those cases where a good story becomes even better thanks to the narrator.