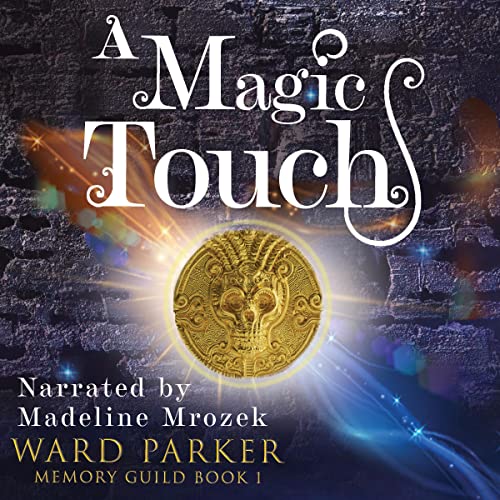 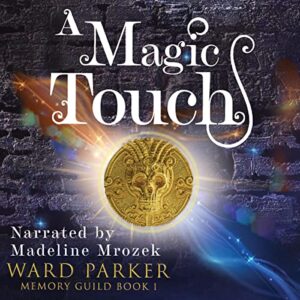 Be careful what you touch.
My name is Darla, and people think I’m weird. I know this because I’m a telepath.
After my second husband bails without a word, I’m moving back to my hometown, San Marcos, Florida, one of the nation’s oldest cities.
I’m here to open a nearly 300-year-old inn, and, hopefully, begin a new life. It turns out the inn comes with ghosts and other supernatural features. And the paranormal in my genes is going haywire.
My telepathy has always been hit or miss. But now, along with the arrival of my first hot flashes, I gain a new ability: psychometry. By touching an object, I can read the thoughts and emotions of other people who have touched it.
Good thoughts as well as creepy thoughts. Sweet emotions as well as memories of murder.
Yep, I help a detective investigate a murder. And not a bad-looking detective, I should add.
Living in an ancient city and running an old inn, I’m constantly touching things filled with memories.
And some of them could kill me.


After two failed marriages, Darla Chesswick decides to start a new life and returns to her hometown, where she purchases a 300-year-old inn in hopes of getting herself on her feet. Her plan was good, but the second day back, she finds her best friend murdered in her shop with a strange coin hidden in her mouth. But Darla is not like any other fifty-something woman; she is a telepath and can read people’s memories through objects they touched. This is how she finds out about her friend’s murderer, and makes her mission to find him and avenge her friend’s death.

This was a fun and entertaining story. I’m not so used to reading paranormal books, but I like urban fantasy, so I gave this audiobook a try. Darla is not the most charismatic of characters, but her actions awoke something in me. She is initially a bit of a mess, but who wouldn’t be at discovering a new superpower? She grows over time, though, and I quite liked her towards the end of the book. Some fantastic characters inhabit Darla’s new home that I found very endearing: my favorite ones were a gargoyle with a British accent and a vampire that’s been trapped for many years. It’s all so hilarious that it made me want to live in the rickety old inn.

But not everything is funny in this book. The murderer soon catches wind of Darla’s nosing around, so she will fear for her life. There is quite some action and thrill, especially in the book’s second half.

To show how Darla’s telemetry works, Parker wrote monologues as they were “thought” when touching a specific object. I’m not so sure about this approach. I usually like flashbacks in stories, but this way of doing them broke the story’s rhythm. There’s also the fact that not everyone thinks in words. I usually don’t, so it felt weird hearing characters describing their actions while performing them.

While the story in this book was generally light and entertaining, the glimpse about what we may see in future books really caught my interest. I’m looking forward to the next installment!

Still, my favorite part of this audiobook was Madeline Mrozrek’s narration. She brought the characters to life with exquisite interpretations and different voices and styles for them all. In addition, the audio production was spotless. This is one of those cases where a good story becomes excellent thanks to the narrator.