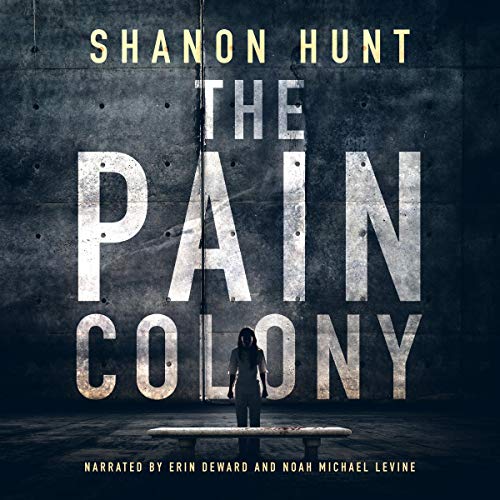 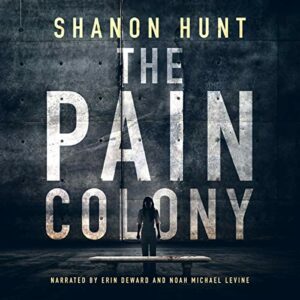 Six dead bodies with one disturbing similarity. An illicit genetic experiment. A secret society of true believers willing to do whatever it takes to become Pure.
And this is only the beginning.
DEA Special Agent Peter Malloy is no stranger to the devastating impact of drugs. So when six bodies turn up with surgical ports implanted in their spines, he's sure a potent new opioid is the culprit. But when lab tests show zero evidence of any known narcotics, he fears something far more sinister.
Allison Stevens thought she knew everything about her boss. But after he disappears, she's stunned to discover his secret genetic research in pain tolerance. When she becomes the target of the FBI's investigation, Allison has only one move. She must expose his illegal experiment. There's just one problem. Some secrets will be protected at any cost.
As Malloy and Allison get closer to the truth, they begin to realize they're about to uncover the most chilling medical discovery in human history.
If it doesn't get them killed.
The Pain Colony is a gripping suspense thriller--you'll be plunged into terrifying twists of modern science, chilling tension, and shocking revelations that will leave you breathless.
"A nail-biting page-turner you can't put down!" --BookTrib
"A shocking finale that even jaded readers won't see coming!" --BookLife


This book is an amazing mixture of genres: not only a technothriller but also a dystopian novel. There are three main plots that intertwine forming a complex story: A girl living in a colony where pain is a mean to reach purification and find redemption; a DEA Agent investigating several murders in which the victims have died due to a new and unknown drug; and Alisson, who works for a pharmaceutical company, and whose boss and secret lover skips town leaving her as the main suspect in an embezzlement scheme.

This was an audiobook that I could not put down! It was clear from the start that these three stories had something in common, but what was it? Having three parallel narratives could have broken the rhythm of the book, but it was well planned and done carefully, and it just helped to get the listener more and more hooked to the story as details of the whole picture were slowly revealed.

There is an amazing plot twist towards the end that I dared to guess earlier in the story but it was so unexpected and edgy that I was not sure it could be pulled off… but it was, and masterfully! It left me astonished! I am sure it will surprise most readers.

The only aspect on which I would have liked a bit more development was the characters. I think the one I related to the most was Layla, even though her way of living was something I did not agree with. Perhaps I was able to forgive some of her mistakes because she did not remember her past, she was inherently incomplete. Allison, on the other hand, should have felt closer to me, but I had many troubles relating to her. She was a young and smart woman, but neither her head nor her heart seemed to be in the right place. Many of the things in this story went terribly wrong because she was either distracted or was pining for the wrong person, already knowing that he had betrayed her. There is a part of the story where her destiny suddenly changes, and it felt a bit forced, like during the first contact with the DEA. I guess Allison had some personal traits that contributed to this chain of events, but it is difficult for me to relate to somebody so careless. Half of the time I wanted to scream to Allison: “wake up, girl, this is a cruel world and the big fish are gonna eat you!”

At first, I had the impression that there were only women at the Pain Colony. I think it was because only female names were mentioned during the first part of the book. Somehow I missed male characters actively suffering and being victims, not just women. I know that there were male characters with a bad end but it was always quick and we did not have enough time to relate to them. It could have been because Hunt is a woman and she finds easier to describe women’s feelings, but I could not help but think about the woman in distress as a popular figure.

Erin deWard and Noah Michael Levine deliver a dual narration, as they have us accustomed to. I have to say that it perfectly matched the writing style and parallel stories, and both characters brought the characters to life with amazing interpretations. One minor setback that I would like to mention, and it is not the first time, is that deWard and Levine had slightly different speeds, and I found it a little distracting. I have experienced the same in other audiobooks narrated in the same fashion by both narrators. I know that each narrator has a personal style, but this speed difference was a bit noticeable and I had expected it to be better this time around.

The Pain Colony was a rollercoaster of emotions and events, and I am looking forward to a sequel!