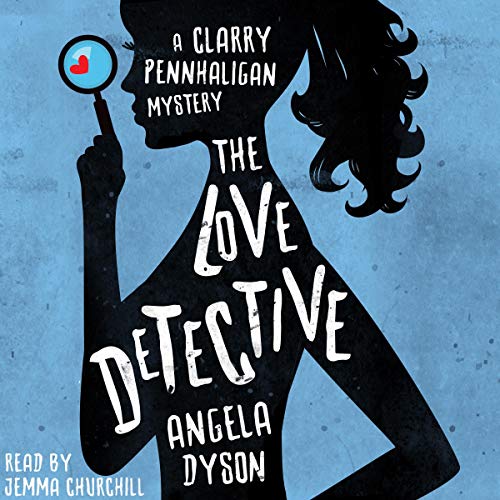 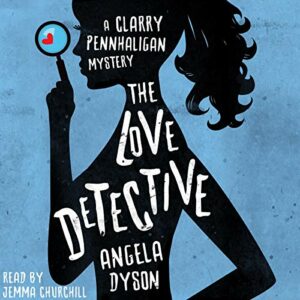 “He’d thought himself the hunter, that I was easy prey but what he hadn’t bargained for, was contending with a woman who hadn’t eaten a square meal in twenty-four hours. I get mean when I’m hungry.”
Clarry Pennhaligan, low on ambition but high on energy, can’t seem to come up with a proper grown-up plan to kick-start her life. Planning really isn’t her thing. But then she happens upon her true vocation: Snooping. Discovering other people’s secrets and getting paid for it. What could possibly go wrong? Well……as it turns out, just about everything and soon Clarry finds herself in real danger.

Clarry is a 26 year-old waitress who has reached a dead-end in her life. Without real aspirations, she is not sure how she will do at adulting, until her friend Laura helps her to find her true passion: private investigator. Laura has a new boyfriend, but she suspects he is only interested in her to advance his career. Clarry is assigned the mission of investigating Simon, but what she uncovers is a bigger deal than what she signed up for.

This book was a pleasant surprise. I agree that at the beginning it feels like a cozy mystery, but unlike similar American books, which are usually mild, this British counterpart is gripping, intense, and on edge. I like both manifestations of the genre, and I enjoyed the several twists we encounter along the way.

Even though it is mentioned that Clarry is 26 years old, somehow she and her friends seem older, around thirty-something. Their actions, environment, and life, in general, gave me this feeling.

The story is divided into two clear parts, which could have been two separate books. The first is about Simon, and Clarry trying to find out his real intentions towards Laura, the second is much darker, and although it did not feel very realistic at times, I enjoyed the turn the story took.

The characters were quite enjoyable, although Dyson did not really get into detail regarding their personalities. Clarry is the most developed one of them all, as she is the main character. I found Laura’s character a bit bare bones. Somehow, I think developing this character a bit more, and maybe making her join Clarry at times, would have helped the dynamics of the story.

I had big issues regarding the narration though. Jemma Churchill poured her heart onto the narration, and her interpretations were very expressive but I felt she overacted most of the time. The recording and audio production were not good, I am afraid. The narration is full of breathing and very loud swallowing noises that were very distracting and disturbing. There were also several noticeable audio edits, and silences without ambiance noise, which made them too conspicuous. At about 9:38:30 there is a loud guttural sound, the one a person makes when there is air trapped in one’s throat and suddenly comes out while speaking, that had me rewind and replay as I could not believe that this was left on the final mix. Another minor detail was the end of chapter pauses, which were too short. One additional second there would have created a better rhythm. I see that this is Jemma Churchill’s first audiobook on Audible, which sort of explains these issues. I hope her technique and audio production skills will improve, as I think she has talent to deliver good character interpretations.