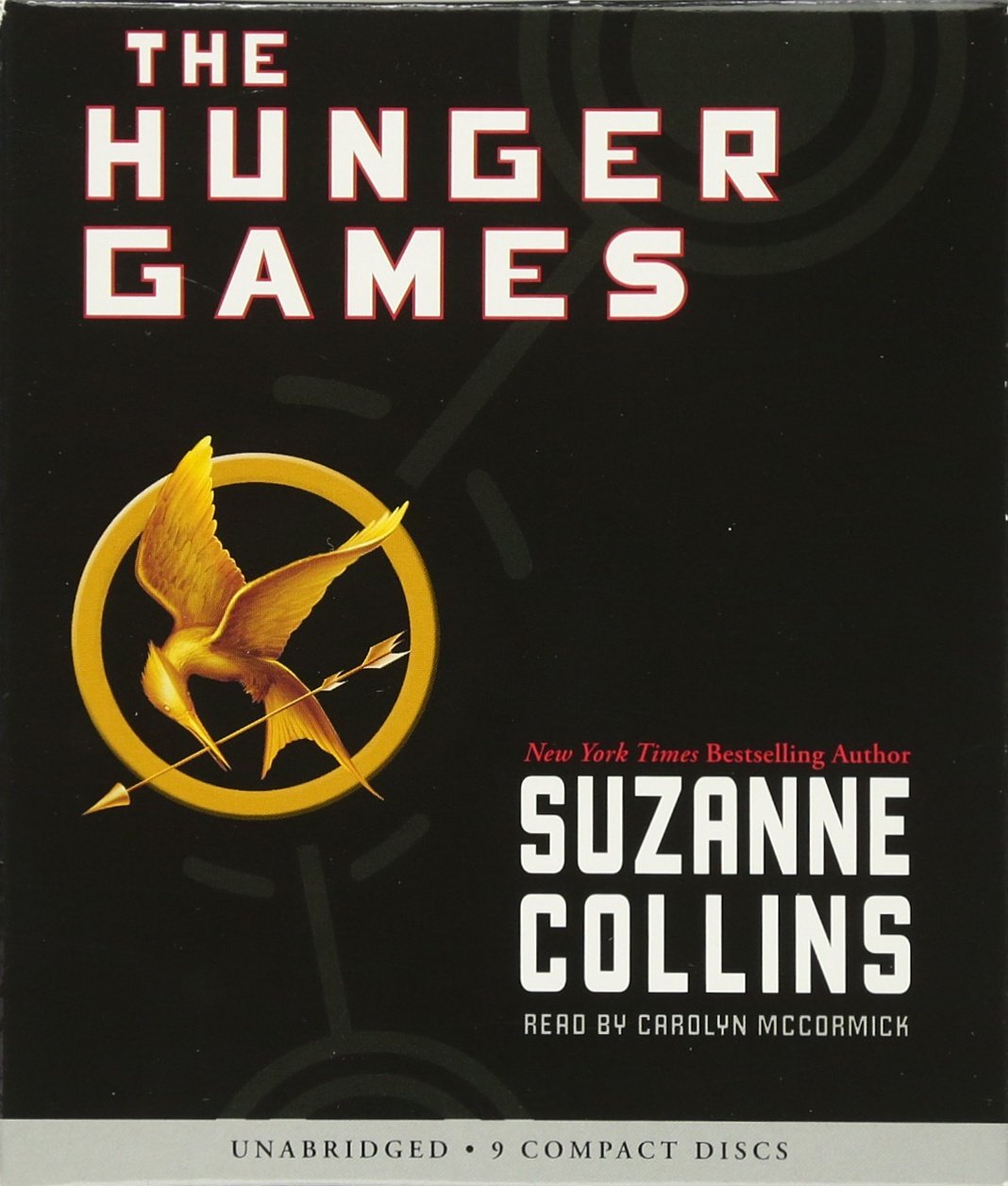 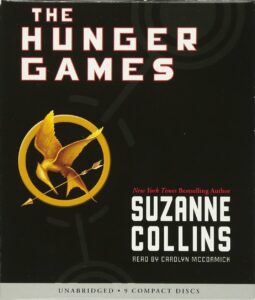 WINNING MEANS FAME AND FORTUNE.LOSING MEANS CERTAIN DEATH.THE HUNGER GAMES HAVE BEGUN. . . .
In the ruins of a place once known as North America lies the nation of Panem, a shining Capitol surrounded by twelve outlying districts. The Capitol is harsh and cruel and keeps the districts in line by forcing them all to send one boy and once girl between the ages of twelve and eighteen to participate in the annual Hunger Games, a fight to the death on live TV.
Sixteen-year-old Katniss Everdeen regards it as a death sentence when she steps forward to take her sister's place in the Games. But Katniss has been close to dead before—and survival, for her, is second nature. Without really meaning to, she becomes a contender. But if she is to win, she will have to start making choices that weight survival against humanity and life against love.

I was long overdue to listen to this audiobook. Why didn’t I do it before? I got the idea that this was fantasy, and it reads like it most of the time, but it is in fact a dystopian story set in the future USA, named Panem, after some ecological disasters and cataclysms. Panem is divided into twelve districts and the Capitol, which is the only rich and developed region of the country and the only place where you can see that the story is set in the future. The twelve districts live in poverty, and each one provides a different product for the country. The twelfth district, where Katniss is from, has a life development comparable to that of the end middle ages. The Capitol organizes the Hunger Games every year as a way of ascertaining their superiority and to punish the districts about past offenses. A young girl and a young boy are randomly chosen from each district to participate in an event in the Capitol broadcasted to the whole country where only one can win by getting the rest of the participants killed.

I thoroughly enjoyed this book, and I retreat doing this twelve years too late, but better late than never. This is a character-driven story, being narrated in first person from Katniss’ point of view. It was easy to relate to the characters, and my heart went out to them several times throughout the book. If a book can move me as this one did, I call it a complete success! The world-building could have done with a bit more detail, but I suspect some of the information was withheld so that we will get more in future sequels

It is clear that Collin got her inspiration for the Hunger Games from reality shows, which is what the Hunger Games are, just taken to the extreme. It the perfect metaphor for today’s decadent society and media. It is also well written and well-paced. I think it is a book that could be recommended to almost anyone.

I listened to Carolyn McCormick’s version, which I believe is the original. I have read some complaints about her style, and that the re-recording is better. I found McCormick’s adequate to showcase Katniss’ sullen demeanor. Every character had a distinctive voice and style, and there were no technical issues. I am pretty happy with this narration.