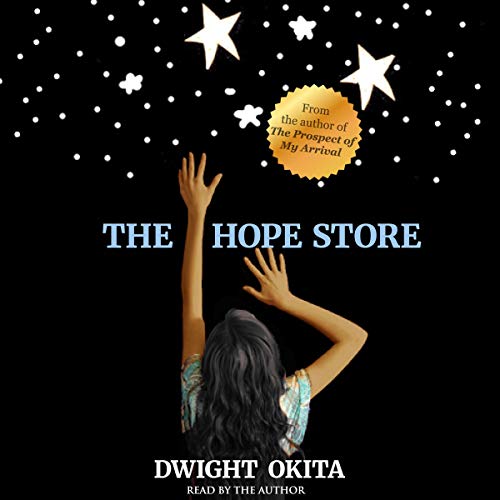 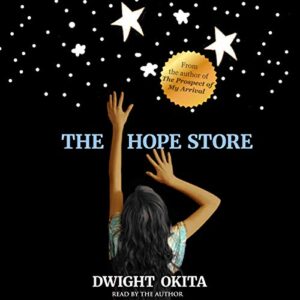 Two Asian American men, Luke and Kazu, discover a bold new procedure to import hope into the hopeless. They vow to open the world's first Hope Store. Their slogan: "We don't just instill hope. We install it." The media descend.
Customer Jada Upshaw arrives at the store with a hidden agenda, but what happens next no one could have predicted. Meanwhile an activist group called The Natural Hopers emerges warning that hope installations are a risky, Frankenstein-like procedure and vow to shut down the store.
Luke comes to care about Jada, and marvels at her Super-Responder status. But in dreams begin responsibilities, and often unimaginable nightmares soon follow. If science can't save Jada, can she save herself -- or will she wind up as collateral damage?

Jada Upshaw was born with a rare condition that causes negligible dopamine levels in the brain, meaning that Jada is unable to feel hope. After several suicide attempts, the opening of The Hope Store in her city seems to be the last chance to try to have a normal life before killing herself once and for all.

Please be warned that there’s talk about suicide in this book so it might not be appropriate for everyone. I found hope to be an interesting topic, and the premises of this book were definitely original. It was also a happy coincidence that I was reading The Molecule of More by Daniel Z. Lieberman in parallel with this book, which exposes some scientific findings related to dopamine and its role in human volition.

The Hope Store is beautifully written and it successfully keeps the intrigue levels high during the first half of the book, which kept me engaged in the story. I found myself though, disconnected during the second half. I think the big reveal didn’t live up to my expectations, and there were several minor issues that contributed to a lack of interest. The characters were not developed enough to make me care for them, and they even seem to talk in a very similar way. For instance, the “puff piece” expression was said by three different characters in the book in different situations. We didn’t get much insight into the characters’ backstory apart from a few details about their personality. Some parts felt long, others not enough developed. I think this book would benefit from being edited.

Dight Okita narrated the book himself. I’m usually wary when authors decide to narrate their own books, as I believe this task should be left to professionals, but the audio sample seemed okay, so I took the plunge. Okita’s narration was mostly decent but there were many issues that we often see in beginner narrators. The narration was terribly monotone, and stayed like this even during dialogs. All characters sounded exactly the same, with no different inflections, tone, or accent. In fact, everything sounded exactly the same. The character interpretations were stiff with no voice inflections. There were several noticeable audio edits, ambient noises, and mouth noises that shouldn’t have been there. Several chapters were preceded by some music. I guess the intention was artistic, as Jada’s chapters had one music and Luke’s had a different one. It was not too intrusive but I was also not fond of it. Music in audiobooks is a controverted topic, and the common opinion is that listeners are against it. It’s a pity, as I believe Okita put special effort into this, but a bit of market research would have steered him in the right direction and saved him some work. Most listeners just don’t like music in audiobooks, and I count myself among them.