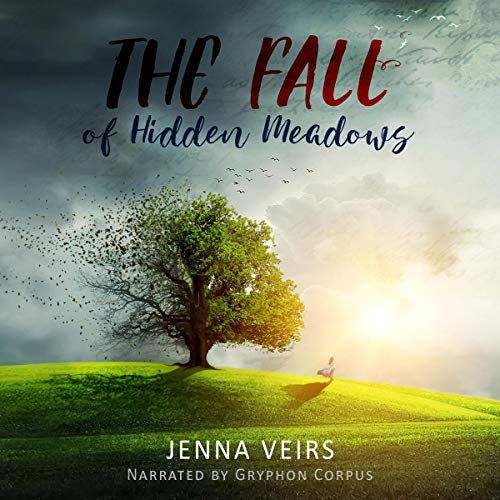 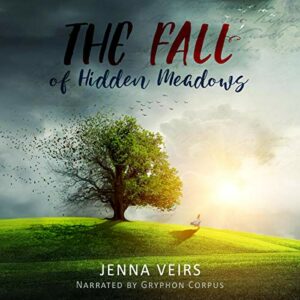 Sarah Margo stomped out of the courthouse in sixth grade yelling, "I am never getting married!" The heartbreak of her parents' divorce and mother leaving never left her. That's why Sarah went out of her way to avoid meaningful relationships--the long-term boyfriend she didn't love and a fling that caused controversy. Her childhood love breaking her heart didn't help.

Sarah decides to leave the past in her Midwestern town and take an engineering job in New York City. New friends and a great career provide Sarah her ideal life until she collides with Iain Mackgale. As Sarah learns more about Iain, she discovers he has many secrets. While processing her unexpected feelings, she receives a life-changing phone call.

The Fall of Hidden Meadows is a funny and heartwarming story spanning seventeen years of a girl's life as she navigates relationships, loss, and a life she never expected.

First, I would like to mention that this is not my typical genre. For someone not into romance books, this one is quite okay, with a main flawed character and a story that spans several years. Sarah Margo has a difficult childhood, with her parents getting a divorce and being psychologically abused by her mother. She is not the best at choosing men, and half of the time she is escaping from a situation that was partly created by her.

I enjoyed the first part, on which we see how Sarah’s personality was shaped by several events. I also like the relationship she had with her father, because it was nuanced and it felt real. Her first attempt at a relationship with a boyfriend was okay from a reader’s point of view. She screwed up massively, but even though the several coincidences were a bit too much sometimes, I found the story entertaining, and at the same time, Sarah was evolving as a character.

The part with Iain was my least favorite, even though things worked out more or less in the end, and it is, in fact, the main part of the book. I think it was because it is a so often used plot that I find it completely unrealistic: Problematic girl meets rich handsome guy, their love is impossible for diverse reasons, he psychologically abuses her, and although she promises to herself that he is not good for her, she just can’t help it but be madly in love with him. In a way, it reminded me of the well known “50 shades” but without all the kinky stuff. If there is something missing in this romantic story is sex.

The ending turned out to be beautiful and comforting but also as unreal as a pink unicorn. It was a bittersweet book, with some conspiracy theories added to the romantic story. I felt a bit confused by so many secondary characters that appeared once or twice and ended up being important to the story. I think they could have been presented more carefully to keep them in the mind of the reader.

I enjoyed Gryphon Corpus’ narration. She did a wonderful job interpreting the different characters, giving each one a unique voice and style. She did great with male voices. There were a couple of audio production issues, like some background noise, noticeable audio edits, and swallowing noises; probably due to inexperience. I see only six audiobooks narrated by Gryphon Corpus on Audible, so I think it is amazingly good how she is doing in a such a short time.

I would recommend this book to readers into romantic stories. There are no explicit sex scenes, something that I know, bothers some people.