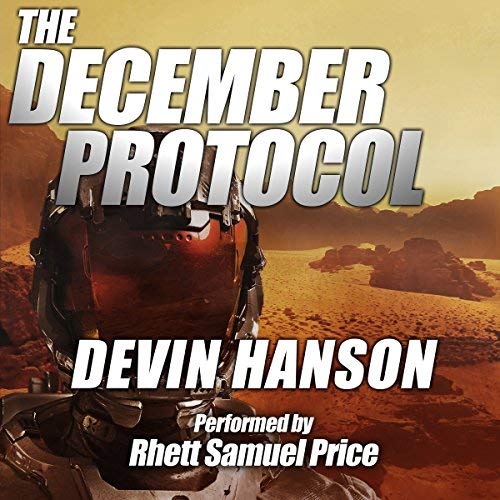 The year is 2419 and humans have colonized the solar system. Life on Mars is difficult, but offers a second chance to those living beneath the frigid surface.

Arriving on Mars is Marcus Truman, with only weeks left to live, but determined to secure a life denied him by cancer. With the best intentions in the world, he finds himself inextricably caught up in a lawless conspiracy trafficking in innocents and the unspeakably valuable treasure they embody.

Marshal Min Yang works to tear down the conspiracy, fighting corruption inside and outside the law. With his own life on the line and the future of Martian civilization hanging in the balance, he must win out against all odds and restore stability before it's too late.

In the year 2419 there are ways to prolongue life and cure deadly diseases like cancer. It’s called the December Protocol, but as the only way to get its benefits is using ovules from young women, it has been forbidden on Earth. It is still legal in Mars, though, and many people with money go there just to benefit from it. But there are many interests at hand, and an illegal trafficking networks are kidnapping young girls. This is the story of a man with cancer moving to Mars to get cured, and of a girl who is kidnapped for her ovules.

This is one of those sci-fi books that make you think whether a scientific advance is good or not for the society. The Mars population has found a loophole on the law and they are still carrying on with healing people by using a protocol that has been forbidden on Earth. Many people go to the planet desperate looking for a solution to their illness, and also to live longer, and maybe forever. There are many things at play, and moral values that many are willing to forget. Is their own benefit worth having young girls kidnapped and killed? Because that’s what it is, even if they turn a blind eye to the whole situation.

I found the story fascinating, and even though the characters are not ultra developed, it’s easy to relate to them and understand their motives.

I enjoyed Rhett Samuel Price’s narration. His characters interpretations were very well done, and I was completely amazed at Price’s voice range, switching from one character to another in a way that it was like listening to several different people. The only thing that didn’t completely convince me were the female voices, but it’s true that he has a deep voice, and female voices should be difficult for him.

I was voluntarily provided this review copy audiobook at no charge by the narrator.