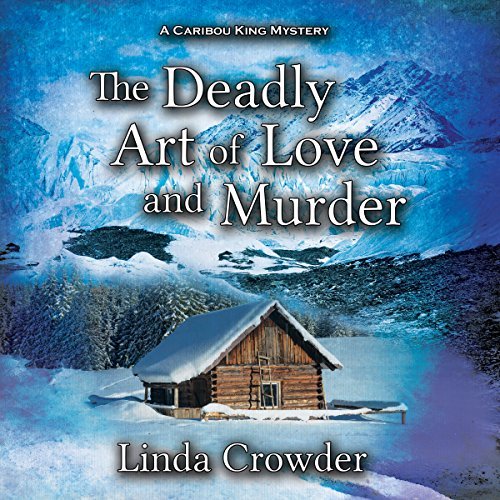 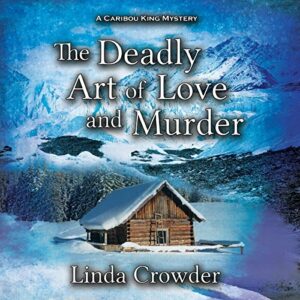 Alaskan fine arts dealer, Caribou King, has closed up shop for the season and is looking forward to a peaceful winter, capped off by the birth of her sister's first child. When she discovers the body of an Mrs. Nash, an elderly woman, in the old Tilamu house, Cara can't help poking her nose into the investigation.

Doc Tilamu served the people of Coho Bay all his life, building the house for his bride and their three children, but as soon as they became adults, each one of them left town and never looked back. When Alex Tilamu shows up at Mrs. Nash's funeral, drunk and ranting about murder, Cara is convinced there is more at stake than a dilapidated house on the edge of the bay.

Unraveling the mystery of the old woman's death takes Cara and the town's one-man police force, Dan Simmons, on a perilous journey through decades-old hatreds, bitterness and greed. With the Alaskan winter closing in, Cara finds herself caught between two men who say they love her and one who wants her dead.

This is the second book in the Caribou King Mystery series, combining murder, light suspense, comedy and romance.

At the end of the tourist season when the Alaskan winter gets bittier, Caribou stumbles upon the corpse of an old woman who has lived in town for many years. Having the appearance of a suicide, Cara feels there is something amiss, and will try to find out who would have wanted to have this old woman killed.

I thoroughly enjoyed the first book in the series, and I wanted to continue with it. We meet again the same characters in Coho Bay, an atypical scenario for a cozy mystery, but one that works really well. I agreed with Cara that something smelled fishy about Mrs. Nash’s death, so I got hooked to the story from the beginning. There are several twists to the story that kept me entertained until the end. One of the things that I like best about this series is how relatable the characters are. It is easy to imagine oneself being part of Cara’s family and friends.

I am not usually keen on romance in books, but I kind of enjoyed the competition between Dan and Frank, and laughed out hard at some of the awkward moments when Cara has to interact with both. I confess I didn’t agree with some of her reactions but I partly understand her position. I have a favorite though, and I hope Cara goes for this one (I don’t want to give anything away).

Michelle Babb is a wonderful narrator, and here she gave soul to Cara, with the right inflections at the right times. She also interpreted exceptionally well the rest of the characters, and the story flowed like water, like any audiobook narrated by Babb. She has amazing storytelling skills.

It was a very pleasing and enjoyable listening, and my intention is going for the whole series. I wish I could lose myself for hours in books like this one.