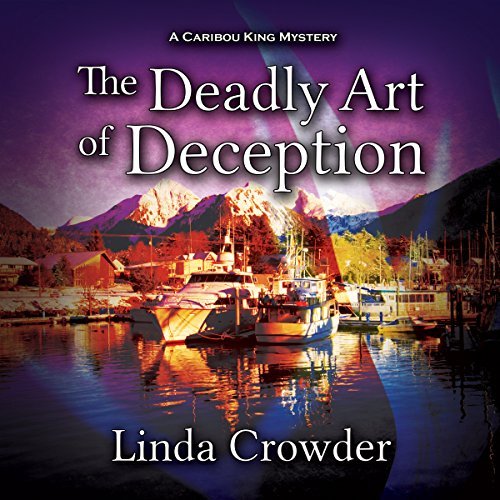 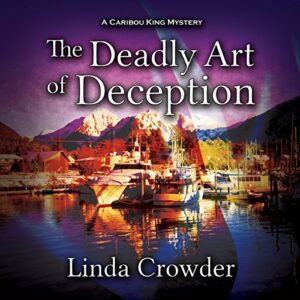 Only two seasons matter in Coho Bay, Alaska - cruise ship and winter. Caribou King, owner of The Broken Antler Gallery, is hip-deep in tourists when her old college pal Taylor shows up asking for refuge, saying she has no place else to go. Cara is cautious; Taylor was the wife of one of Alaska's most renowned artists––Jonathan Snow, who was mauled to death by a bear the previous year. Why would his widow want to return to the location of her tragic loss? Something about Taylor's story just doesn't ring true. Of course, she may not be the only liar in town. Taylor's former father-in-law accuses her of killing his son in front of a diner full of people, except he may have had a stronger motive. A handsome boat captain seems to fancy both Cara and Taylor but he can't make up his mind between them ––or between lying and telling the truth. The local constable mistrusts everyone, but may have a reason to be mistrusted himself. Will Cara help her old friend Taylor, or will doing so get her into a heap of trouble? When a headless body is discovered in the bay, Cara wonders just who she can trust in this tiny town.

Caribou King has her own art gallery in Coho Bay, but business there just stay open during the cruise season, since Alaskan winters are hard and nobody visits the Bay during those months. Towards the end of the cruise season Taylor, who also used to work at the Broken Antler Art Gallery, decides to come back without giving enough explanations. There is still the matter of her dead husband, a renowned local artist, and the fact that, despite having being killed by bears, his father accuses Taylor of his death.

This was a really entertaining cozy mysteries, one of those with multiple twists and turns, deaths, several possible culprits and almost no romance. I just hate when an author includes too much romance without excuse, but it’s not the case here. I liked that it was an original setting, quite different from what we are used to regarding cozy mysteries. Linda Crowder did a splendid job describing Coho Bay and its surroundings, and I was almost able to feel the snowy cold in my bones.

The characters were well developed, and most of them likable enough. The dialogs were fluid and sounded quite natural. We didn’t get a complete physical description of the characters but this was not an issue to make them fully fleshed. I was able to connect especially to Cara, and to feel her fear and desperation. There are quite some twists and turns, and at several points I had serious doubts about several of the characters. The tension was palpable, and the intrigue was well built. This was a book that I couldn’t put down.

One of my reasons to listen to this book is that it is narrated by Michelle Babb, one of my favorite narrators ever. She tells stories like it is the easiest thing in the world, trapping you with her voice and interpreting the characters in a way that they are alive, each with their own quirks. All characters were perfectly distinguishable and at some point I forgot that I was listening to a book. It is clear that Babb enjoys what she does, and gives soul to every book she narrates.

I loved this book, and I would recommend it to anyone into cozy mysteries. Please be aware that there is almost no romance in it, which I am glad about. I’m looking forward to other books by Linda Crowder, I hope we will get more released as audiobooks.