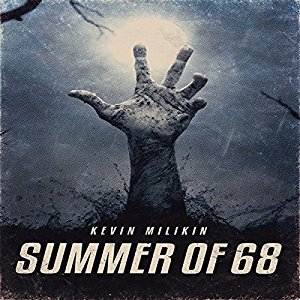 When the world ended some people believed that it was the fault of a failed space probe, others--an act of vengeance from an angry God. No one knew the reasons why but across the globe, millions of the recently deceased rose from the dead, possessed with one singular goal: To eat the flesh of the living.

Over the course of a few short hours the world was lost.

In the Northern California town of Red Bluff, a Sheriff struggles to grasp this strange and hellish turn of events that have ravaged his small town and maintain order as it all falls apart.

Two brothers struggle to make sense of this new world, traveling through the putrid remains of their beloved town--torn between survival and the love their mother. The world has ended and soon they will learn that all they need to survive is each other.

The dead are rising everywhere and nobody knows why. This is the story of how this event affects the people of a small town. The main characters are the Sheriff and two little kids.

This was a fast paced action book. There is a little exposition at the beginning about how events started to happen and then we are immediately thrown into the middle of the action. The characters are not especially developed, but I don’t find that strictly necessary for this kind of book. The audiobook is just over six hours long, so there is not a lot of time to get into details.

My favorite part is the one about the two kids, and when they meet the Sheriff and they realize how bad the situation is.

I found the writing a bit repetitive and clanky. In two occasions, Millikin uses the adjective rickety to refer to the legs of two different characters. This affected a bit the flow of the story.

There was nothing about the origin of the zombies, not even hypothesis made by the characters, which I found kind of odd and simplistic.

The story ends on a cliffhanger, or open ending, which did not completely satisfy me.

Rick Gregory did a great job with character’s interpretations and delivering a clear narration. I had issues with the kids’ part, since both sounded quite similar and I had to pay extra attention to know who was talking. Also, I don’t know if it was due to Millikin’s writing style, but I found the narration rhythm not smooth at some points, with pauses in the middle of some sentences.

It was an enjoyable listen but I would exclusively recommend it to zombie fans since there is not a lot other than that to offer to the reader.