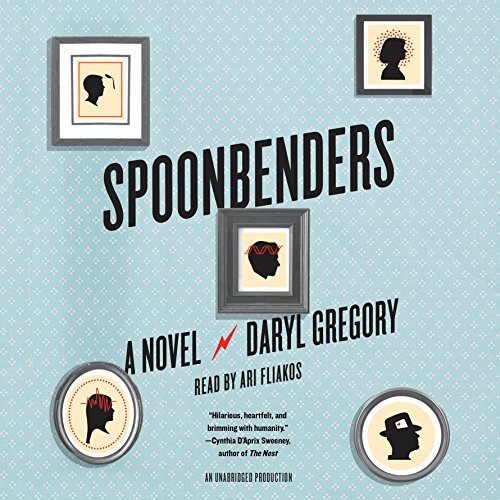 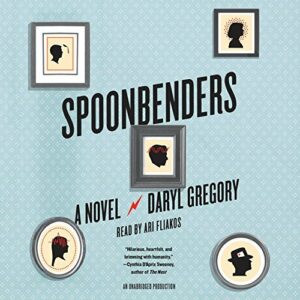 A generations-spanning family of psychics--both blessed and burdened by their abilities--must use their powers to save themselves from the CIA, the local mafia, and a skeptic hell-bent on discrediting them in this hilarious, tender, magical novel about the invisible forces that bind us.

The Telemachus family is known for performing inexplicable feats on talk shows and late-night television. Teddy, a master conman, heads up a clan who possess gifts he only fakes: there's Maureen, who can astral project; Irene, the human lie detector; Frankie, gifted with telekinesis; and Buddy, the clairvoyant. But when, one night, the magic fails to materialize, the family withdraws to Chicago where they live in shame for years. Until: As they find themselves facing a troika of threats (CIA, mafia, unrelenting skeptic), Matty, grandson of the family patriarch, discovers a bit of the old Telemachus magic in himself. Now, they must put past obstacles behind them and unite like never before. But will it be enough to bring The Amazing Telemachus Family back to its amazing life?

My original Spoonbenders: A Novel audiobook review and many others can be found at Audiobook Reviewer.

This is the story of the Telemachus family, formed by people with different psychic powers, and how they try to survive, sometimes in twisted ways. This is a three generation family, starting by the great and powerful Maurine, married to Teddy, whose special ability is just being a con-artist. They had three children, each one with different powers and level of power. Sadly Maurine died quite young, and this dysfunctional family had to get ahead despite their limits in life. Because with great power comes also a great price to pay, and the Telemachus know this. The main story happens when these three children are adults and have children of their own, but there are numerous flashbacks to let us know how life was in the beginning, and this will allow us to have a better understanding about the issues affecting each one.

The story is funny at times, but with a sad undertone that never leaves. The characters are wonderfully pictured, each one with their own quirks, all feeling like real people. Their dialogs and interactions are fluid and natural, and I almost felt part of this peculiar family.

This is a beautifully written book, with a rich prose. Don’t expect a clear plot with a linear narration. The story constantly changes point of view, but the character’s POV is specified at the beginning of each chapter. There are also numerous flashbacks, and even fastforwards, and all contributes to create a complex and elaborated storyline, where stories are intertwined, forming a wonderful tale about the Telemachus family.

Ari Fliakos’ narration was superb. It is not easy to narrate a book with so many characters, and sometimes many of them together at the same time. All characters were perfectly distinguishable, and were wonderfully interpreted. Ari Fliakos has masterly brought them to life in an unforgettable audiobook.

This is a different book from any I have read before, and I’m sure it will stay with me for a very long time. I already miss the Telemachus family.