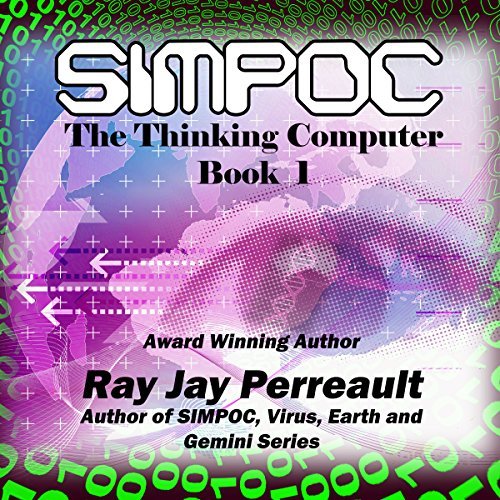 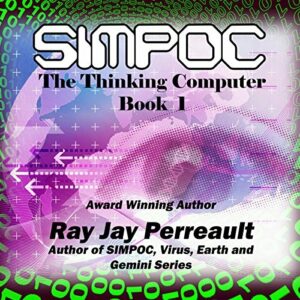 99.9997% of all humans have been wiped out by a very suspicious virus. SIMPOC’s programmer doesn’t come in to work, that day, the next; or ever. The commander of the space station Oasis, Joan Herl is forced to abandon the station because of dwindling resources. When they land on earth they are attacked by another thinking computer who would do anything to protect itself and to continue thinking.

The moon colony Dessert Beach, is trapped as their resources are running out and they must decide when to come home. They have only lifeboats to carry them back to the lifeless earth and what will they find when they enter the atmosphere and land.

The astronauts trapped on the Mars colony Red Dirt are in worse condition. Their systems will break down and resources will run out. Coming home for them is a different story. The lifeboats aren’t made for that purpose and must be rebuilt before the colony breaks down. Should they stay and take their chances on Mars, or should they journey back to earth.

SIMPOC, a new kind of computer comes to life and finds that his programmer is not coming back to work, and that most of humanity has been wiped out of earth by a deadly virus. SIMPOC creates connections to other computers and makes his mission to save the few human beens still alive.

I loved this book at first, when SIMPOC discovers his existence and he evolves and connects to other machines. The narrator and audio production helped a lot here, with different voices and sound effects. I did not mind listening to a book about computers from the computers’ point of view, but then the humans entered the scene and I could not get completely into it. Zachary Johnson’s voice was perfect for the robot personifications, but for humans it was just to plain, with no emotion, and that made it difficult for me to connect to them. It also seemed that they were not fully developed, completely normal in a short book like this one, but I feel that their appearance was a bit abrupt and towards the end of the book, which did not give me time to feel a lot for them.

I loved the concept of this book, but I felt it a bit disjointed towards the end, probably because this is just the first of two books. Let’s see what’s next.