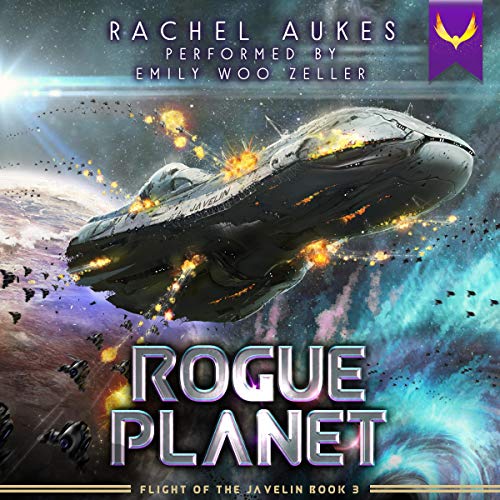 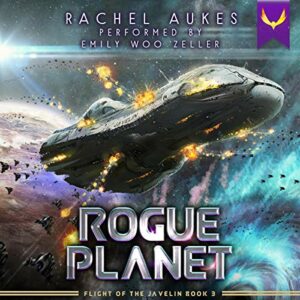 Space isn't so big after all.

The Black Sheep are ready for a vacation. Instead, they get sucked into a black hole that spits them out into an uncharted system with a single rogue planet that's inhabited by an AI force that's none too fond of humanity.

From there, they find themselves at the front of a deadly military operation to stop the alien threat before it's too late.

The battle against planet rogue has arrived.

Grab the unforgettable, epic finale in the Flight of the Javelin trilogy by Rachel Aukes. This is space opera at its best.

The Javelin crew has ten days off to enjoy after their last mission, but they decide to use this time to go after Punch, who secretly extracted important files about the Atlas network with Sylvain’s help, possibly to sell them. What the crew finds, when the Javelin arrives at the meeting point, is not what they expected, and while giving pursue to a foreign spaceship, they get dragged into a black hole, which takes them to a system unknown to mankind.

This book was a hoot from the start. It was a fast-paced story with several twists. The intrigue was well built, and it kept me hooked for the most part. There were many questions from previous books that were answered in this installment, so overall, it felt quite satisfying. One of the things that made me enjoy the book, apart from the intrigue, was that after some books, I feel I know the characters well, and that helped me relate to them.

The last third of the book was the most difficult part for me, as the tone of the book changed and it was quite different from the first two thirds. There were new characters involved in the action and I missed descriptions and background information. This is something that I experience at the beginning with the Black Sheep crew, but I got to know them after several books. The fact that these characters were completely new to me made me not sympathize with them, and at that point, I stopped caring much about the outcome. I think that last part dragged a bit for me. There were big events happening but somehow they felt a bit flat. I just wanted to care more but I was not able. I think in my mind I created great expectations for the big reveal, and the reality was a different one.

Emily Woo Zeller delivered a great narration. She has a pleasant voice, and her character interpretations and voices were sublime. A minor issue was that some kind of audio artifact was audible at the end of paragraphs and chapters, which was a bit distracting. It was not too evident but noticeable enough when listening with headphones. It was nevertheless a very enjoyable narration.