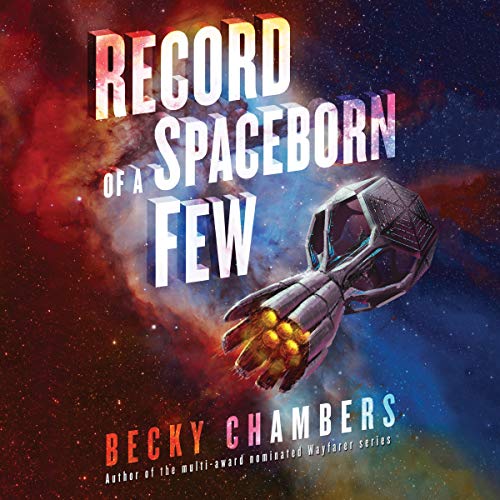 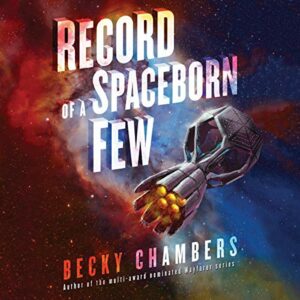 Centuries after the last humans left Earth, the Exodus Fleet is a living relic, a place many are from but few outsiders have seen. Humanity has finally been accepted into the galactic community, but while this has opened doors for many, those who have not yet left for alien cities fear that their carefully cultivated way of life is under threat.
Tessa chose to stay home when her brother Ashby left for the stars, but has to question that decision when her position in the Fleet is threatened.
Kip, a reluctant young apprentice, itches for change but doesn't know where to find it.
Sawyer, a lost and lonely newcomer, is just looking for a place to belong.
When a disaster rocks this already fragile community, those Exodans who still call the Fleet their home can no longer avoid the inescapable question:
What is the purpose of a ship that has reached its destination?

After a great book one and a magnificent book two, I was looking forward to this third installment. Again, this is part of a new storyline that could be read as a standalone like the previous two books. I was slightly disappointed by this, as I loved the second book so much that I wanted to read more about Pepper and Sidra, but I have to accept that their story had a happy ending and it was time to turn the page.

This book is about the Exodus Fleet, which is briefly mentioned in the previous two books. There is not a clear story arc or a great conflict to resolve. Some people complained that there was no actual plot, but I disagree. The book narrates the lives of five different people in the fleet, their problems, worries, and dreams. There was a catastrophic event, which may not affect the fleet on a full scale, but it touched the lives of some of these characters.

This is not a tale with many grand events nor lots of action, it is about the little things in life, routines, and things that affect people on a daily basis. It was a beautiful book, and I enjoyed the harmony in the Fleet society, even if it sounded utopic, which was not entirely, as we can see towards the end. It was a relaxing and pleasant read, nothing too exciting, but a feel-good book, which is something much needed in these uncertain times.

Rachel Dulude also narrates this one, and her mellow tone and fluid pace matched the writing style very well. I could not imagine a narrator that could have done this better, it is like these books and Dulude were predestined to be together for the pleasure of us, listeners.