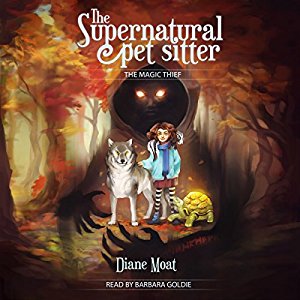 Series: The Magic Thief, Book One

Every animal can talk to you. You just have to know how to listen.

Pepper Neely is better at this than most, especially because she is in charge of pet sitting all the familiars in her neighborhood. A familiar is a pet magically linked to a witch or warlock. As a gnome, Pepper is no stranger to spells and sorcery. She also knows that, despite their special name, familiars aren’t all that different from regular animals. They get anxious when separated from their people, so Pepper uses her special gnome powers to calm them down. She watches Cranky the high-strung ferret, Frank the laid-back parrot, King Arthur the elderly tortoise, and many others.

Then, something terrible begins happening to the familiars. Someone is stealing their magic! It not only prevents Pepper from communicating with them but breaks their magical connection with their people. When King Arthur’s magic is stolen, his owner’s powers stop working too. Pepper can sense that the tortoise is very scared.

In order to protect the animal’s magic, Pepper decides to track down the culprit. With the help of her best friend, Luna, and her brother, Jax, Pepper fights to protect all of the special pets.

Diane Moat lives in Tennessee and works as a nurse and legal professional. When not at work, she fosters Chihuahuas. Her six rescues inspired her to write The Supernatural Pet Sitter children’s series, which features a gnome who can communicate with animals. 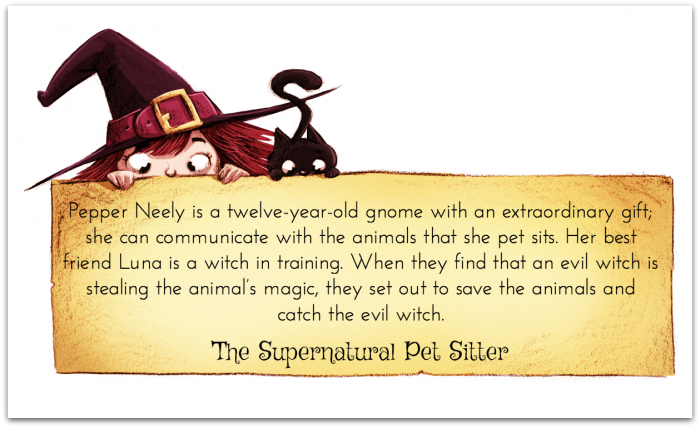 Pepper Neely is a thirteen-year old gnome who, in order to make some extra money, spends part of her free time pet sitting familiars. She is also a special gnome since, despite the fact that gnomes and witches do not usually mix, her best friend is a young witch. One day several familiars start losing their magic, and only Pepper, who has a strong connection to them, will be able to help, but also putting herself in great danger.

This book is intended for young readers, even though I still enjoyed it very much despite being in my late thirties. The characters are solidly built and it is very easy to connect to them and understand their motivations.

The writing style is simple and easy to understand, while keeping the narrative interesting. I was intrigued about who could be stealing the magic from familiars, and I am sure your readers will love this.

The book promotes values such us responsibility, love, cooperation, and acceptance, even when two individuals are very different. It also shows that animals are very sensitive beings, capable of love, and that they should be treated with respect.

I really liked this book, and I like the fact that it can be enjoyed by young and not so young. A great book for the whole family.

I received this audiobook as part of my participation in a blog tour with Audiobookworm Promotions. The tour is being sponsored by Diane Moat. The gifting of this audiobook did not affect my opinion of it. 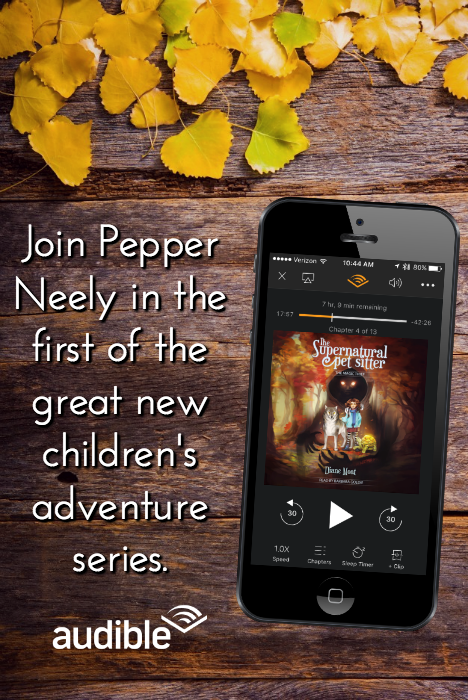 He Said Books Or Me