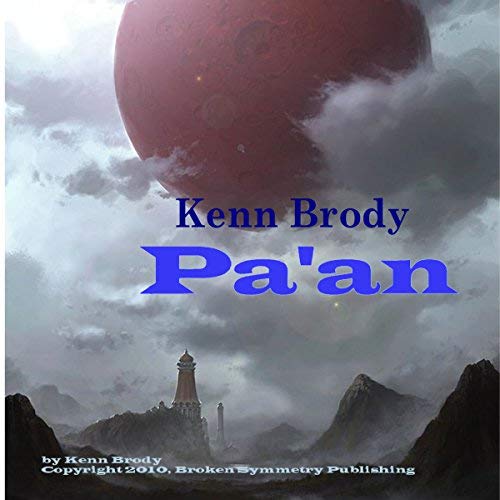 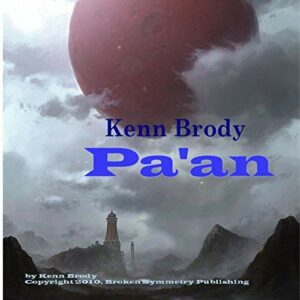 Earth experiences the first of three temblors. An aircraft carrier grounded at the entrance to the Panama Canal. The Autonomous Intellect, Aura, was contacted by an alien AI. The temblors were gravity waves from a cosmic construction project by the Pa'an, the most advanced sentients in the galaxy.
Meanwhile, a global criminal group has gained control of all the fissionables on the planet, with the intent to reduce humans to the status of serfs. Can Aura and her friends stop them? Will the Pa'an intervene?
Non-stop action and a plot with surprises and twists at every chapter. Meet characters who will make you laugh and wonder at the same time.

My original PA’AN: AND AURA, A REGISTERED AUTONOMOUS INTELLECT audiobook review and many others can be found at Audiobook Reviewer.

Aura, an Autonomous Intellect, is contacted by an alien and informed of the nature of several temblors that are felt worldwide. At the same time, there is a conspiracy against humanity which Aura will try to fight against, but there are also dangers for Aura.

This was a complex and rich book, with many characters, subplots, and I believe, we could catalog it under several genres: science-fiction, thriller, and mystery. There were several twists that made the story interesting and at times, unexpected.

The Pa’an were an interesting race, but I found their story at times a bit moralistic. I just find difficult to believe that a race can reach such grades of perfection, and any time I see something like this in books, I can’t help but think that the author is patronizing us all.

There are quite many characters in the story but I missed a bit more development. The characters and their relationships are terribly simplistic, and their dialogs feel forced and artificial.

It was an okay book. I think I would have enjoyed it more were the characters more developed. At least that would have made me care for them, which did not happen with this book.