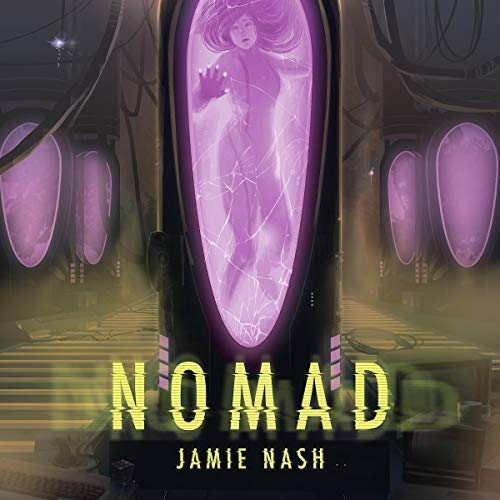 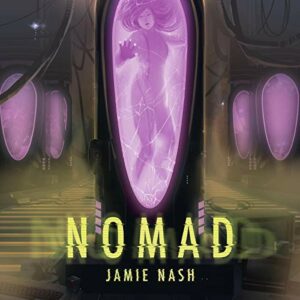 What if you woke up on a space ship with no idea how you got there? And someone on board is trying to kill you?
Nomad is a dark sci-fi from the screenwriter of V/H/S/2: Ride in the Park, Exists and Lovely Molly. The fast-paced horror story unfolds in real-time as a complex teen tries to unravel the mind-bending mysteries of who she is and how she ended up in deep-space battling to survive something evil that stalks her within the ship's dark corridors. It's Alien meets The Thing with a strong teenage female protagonist.
She wakes up drowning, escapes from a watery canister into a deathtrap of fiery corridors and exploding machinery. Somehow, she's in space. She can't remember her name or why she's here. Her mind is a mixed up Rubik's cube of fuzzy memories.
But she knows that spaceships don't exist, and if they did ordinary girls like her don't belong on them. Has she been abducted? Did cryofreeze scramble her brain? Is it aliens? Or even real?
And there's something else. She's not alone. Someone or something lurks in the shadows. And it wants her dead...

She woke up inside a vat full of liquid and with a tube inserted in her throat. She does not know where she is or who she is. More people are inside other crypods, and they seem to be in space. Are they an exploration team? In her heart, she knows this cannot be true. She gathers a small group rescued from other cryopods to investigate their surroundings, but there is something or someone trying to kill them behind every corner.

This psychological horror sci-fi novel is cooler than it sounds. Nothing is what it seems, and no one has their survival granted. The intrigue is successfully built from the start and kept almost until the end. The characters are flawed and relatable, and they know as little about themselves as we do. Each one evolves in unsuspected ways, while they fight for their lives without knowing what they are up against. There is gore and also terrible horrors, but sometimes the darkest things could be inside oneself.

The story is quite original and it goes great lengths in suggesting the unimaginable. I was afraid that the truth was going to be so crazy that the plot would suffer and lose credibility but, amazingly, Nash was able to pull it off and deliver a satisfying ending.

I think Christy Davis did a good job bringing the main character to life. Her male voices were good too, but there were a couple of times that she Davis got the voices mixed up and that made following a couple of dialogs difficult. Technically there were a couple of small issues, like volume changes, a buzzing sound on the background, and some noticeable audio edits. Her accents needed more work though. Just a personal note: I am not used to hearing Canadian accents, and her way of pronouncing “out” got me every time.

I thoroughly enjoyed this book, and it kept me on the edge of my seat from beginning to end. Absolutely recommended!