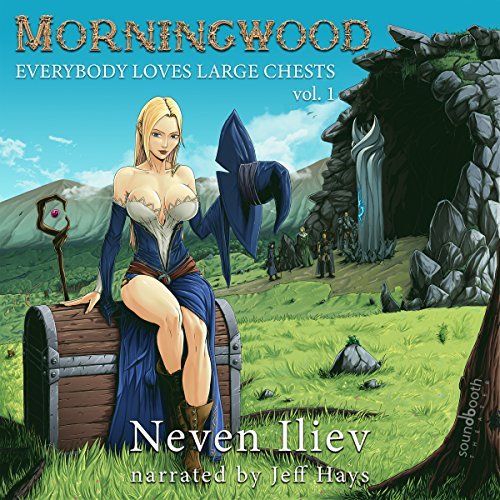 Large chests are said to encompass all manner of hopes and dreams. Men covet them. Women envy them. But one fact holds true - everyone wants to get their hands on some big ones.

The same holds true for one intrepid adventurer - a strapping young lad by the name of Himmel. Armed with his grandfather’s trusty longsword and the dream of being the strongest, he sets out on the journey of a lifetime! It is sure to be a long and dangerous road, fraught with danger! And it all starts with a simple test - reach Level 5 in the dungeon called the ‘newbie zone’ and earn the right to become a full-fledged adventurer!

However, such things get hopelessly derailed when his adolescent mind beholds an exposed chest for the first time. A fateful meeting that would inevitably lead his life in a direction he never even dreamed of!

While I found the blurb completely misleading to the plot of this book, I can’t say that it’s completely unrelated. The main character of this story is a mimic whose mostly used shape is a wooden chest. Unexpectedly, this chest grows in abilities and gains lots of extra points, making it a great evil the humans fight against. This part of the story I found it quite interesting, and a quite original POV.

Then we go to the large chests described in the blurb. The women in this book are detailedly described, often mentioning that they have breasts almost as large as their head, which is empty most of the time. They are also compared to bimbos or prostitutes, and their clothes are not sensible at all. There is also a woman described as so masculine that it was difficult to realize she was a woman. Her breasts were mentioned but not described.

This could have been okay, even if most of women were silly, but they tended to get wet in the most extraordinaire of situations, like when being attacked by an evil chest. Then we had a succubus that enjoyed so much being abused, hurt, and eaten, the she had multiple orgasms. I couldn’t go on after this.

I have to say that the premises were interesting, with an original POV, but the way this book deals with women was just too much for me. I guess this book will be mostly enjoyed by men who are not men enough to be able to talk to women as equals.

Jeff Hays’s narration was very good and really went well with the text. His interpretations were very expressive, and he used different voices and effects, which was a nice touch. Her female voices sounded a bit silly, but this really goes well with how the book is written.

I received this audiobook as part of my participation in a blog tour with Audiobookworm Promotions. The gifting of this audiobook did not affect my opinion of it.