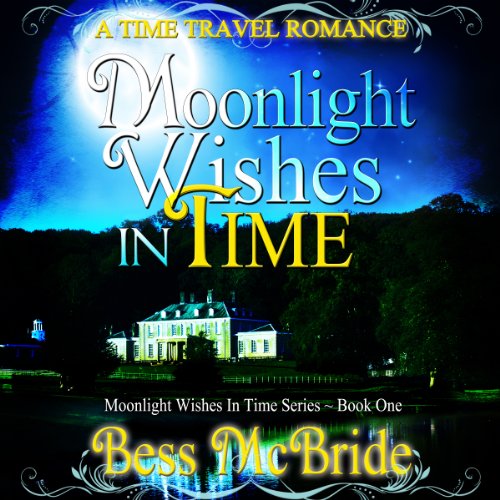 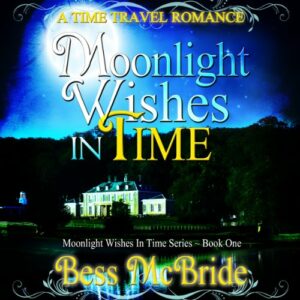 Moonlight Wishes in Time series Book One
Mattie Crockwell spends her evenings with the man of her dreams, Lord Ashton of Sinclair House. That he is a character in her historical Georgian romance novel is her little secret. She’s read the same out-of-print book every night for months, anticipating the moment when she settles in for sleep and dreams of the passionate embrace of Lord Ashton. But sleep eludes her one night, and she can’t find her way to her dreams and Lord Ashton. A full moon compels her to wish...for a real live man like Lord Ashton.
William Sinclair of Ashton House, escapes from one of his mother’s interminable matchmaking dinners one night and steps into the garden to wish on the moon for he knows not what. A woman who can love him and not his fortune?
Mattie and William have no idea that wishing on the moon at the same time for the same thing has consequences, but they soon discover that a full moon will grant them their heart’s desire when Mattie finds herself with the man of her dreams...in 1825. Can Mattie survive life in the Georgian era? If not, can William bear to let her return to her own time?

Mattie Crockwell is obsessed with a book set in the Georgian era and its main character, Lord Ashton of Sinclair House. She has been reading the book again and again for several months and dreaming of Lord Ashton8. One night, wishing on the moon, she is transported to 1825, and meets the man of her dreams, but the practicalities of the 19th century are much different than what she expected.

I normally do not read romances but having this one part of time-travel, and as I have enjoyed other books by Bess McBride, I wanted to give it a try. This was a light and entertaining listen, and visiting the 19th century has been kind of a novelty.

I had troubles to relate to the characters, as they were not very developed. We just know that Mattie is a romantic, and that William is a noble and fair man, but apart from having a different mindset than the typical of the era, I fail to see what William saw in Mattie. I also do not know what she saw in him apart from his good looks and what she read in a romantic novel. I think this story would work quite right if you are into this genre, but if you need something else to keep you going, you may find something missing here. There was no action or tension at any moment, apart from the times that Mattie had to fabricate a story to avoid questions from visitors. It could have been the general tone, imitating the 19th century style, but somehow the story felt a bit flat.

There were some slight comical moments on which Mattie is quite lost regarding the 19th century costumes, which I found strange, as she should have been familiar with the culture thanks to reading books set on this era.

There are constant POV changes, having one paragraph from Mattie’s POV and maybe the next from William’s, which were confusing at times.

I think Jane McLaughlin’s narration was quite good, not only using subtle different voices and styles for all the characters, but also doing a great job at juggling accents. The audio production was spotless.