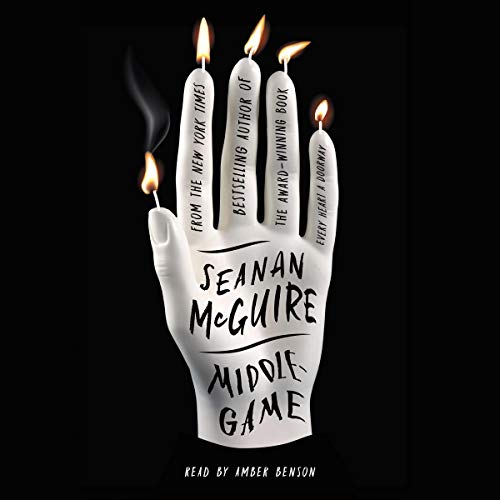 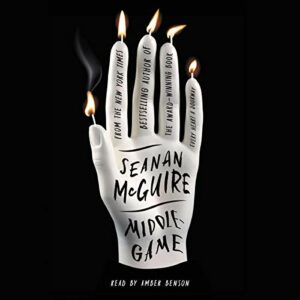 New York Times bestselling and Alex, Nebula, and Hugo-Award-winning author Seanan McGuire introduces readers to a world of amoral alchemy, shadowy organizations, and impossible cities in this standalone fantasy.
Meet Roger. Skilled with words, languages come easily to him. He instinctively understands how the world works through the power of story.
Meet Dodger, his twin. Numbers are her world, her obsession, her everything. All she understands, she does so through the power of math.
Roger and Dodger aren’t exactly human, though they don’t realise it. They aren’t exactly gods, either. Not entirely. Not yet.
Meet Reed, skilled in the alchemical arts like his progenitor before him. Reed created Dodger and her brother. He’s not their father. Not quite. But he has a plan: to raise the twins to the highest power, to ascend with them and claim their authority as his own.
Godhood is attainable. Pray it isn’t attained.
At the Publisher's request, this title is being sold without Digital Rights Management Software (DRM) applied.


It took me two tries to read this book. I attempted it about a couple of months ago but I wasn’t able to go beyond the first chapter. I thought I maybe wasn’t in the right frame of mind, that I might have been tired after finishing an especially dense book, and decided to postpone it for a little while. Well, this time I persevered, and while I enjoyed the beautiful language and some parts of the book, I have to say that this story didn’t speak to me. I’m finding that I have issues with many fantasy books. While it was a genre I often read when I was a teenager, it just leaves me empty many times nowadays. I’m not saying this wasn’t a good book, not exactly that. The premises were interesting and had a lot of potential, but the execution was subpar.

I was taken aback by the cartoonish characters, especially the evil ones, bordering into the ridiculous. Reed and Leigh only needed a MWAHAHAHA laugh to complete the picture. They often rambled about how evil they were, but we didn’t see a lot of action from them until the end of the book. About Roger and Dodger, I just felt lukewarm. There were too one-dimensional for me to be able to care for them. They were like two sides of the same coin but even together they didn’t complete a full-fleshed character for me, so I just went along for the ride but without my heart in it. There was a lot of deus ex machina, which, as usual, didn’t sit well with me.

There are some key concepts in the story like the “Improbable Road” or the “Impossible City” that added musicality to the already convoluted and ornamented prose, but they were like mere mirages, they didn’t hold water. I also failed to see the goal the evil characters were pursuing and why, something essential to recognize the stakes in a story. The book felt longwinded, wordy, and with many repetitions. I struggled at several points to keep going and I almost DNF towards the end. At least, the ending was somehow rushed, which felt unbalanced, given the general tone of the rest of the book, but it meant that the struggle was over.

The audiobook is narrated by Amber Benson, which is mostly okay. She did a decent job with the main characters, even though the general tone was condescending. The two evil characters sounded too overdone, like two caricatures, which went well with how they were written, but didn’t help with how I felt towards them.