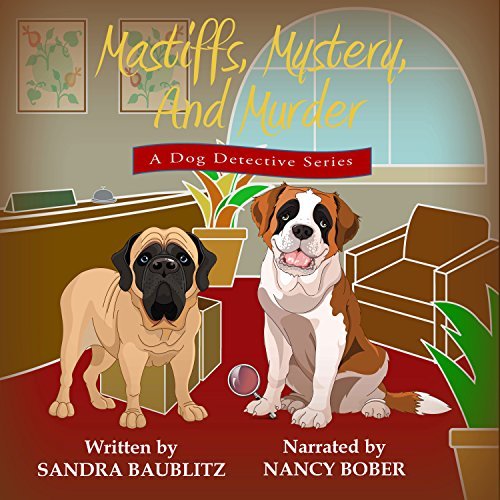 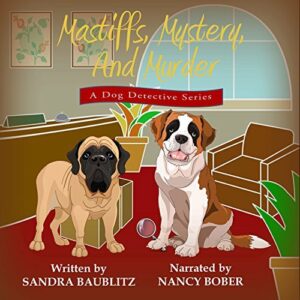 It’s murder at the dog show!
When amateur sleuth Clarissa Hayes and her trusty Saint Bernard, Paw, enter a dog show, they expect to find dogs, blue ribbons, and trophies. Not dead bodies.
Clarissa’s boyfriend is tracking a suspect in the death of a dog fancier. It’s up to Clarissa and Paw to provide him cover as they compete in the show.
But the competition turns deadly when another dog owner is murdered. Are the deaths connected? Clarissa and Paw must sniff out the clues to solve the crime before the killer collars them.
Will Best in Show become Best in Death?

Clarissa’s boyfriend is chasing the murderer of a dog owner, famous around dog shows. He suspects from somebody related to the shows, so they enroll Paw, Clarissa’s Saint Bernard in order to do try to find the culprit.

Cozy mysteries is one of my favorite genre, and I always jump in with both feet whenever I have the opportunity. I have to say that I was disappointed at this one. I expected a more mature book. Don’t misunderstand me, I have listened to cozy mysteries for young adults and even pre-teens, but it was clear that they were focused to that kind of audience. I had the impression that this one was focused on an adult audience, but the story felt simplistic and plain. I think this book, to work well, should be rewritten. It’s odd to have a book for teens with adult main characters, and if you want it like this, then write a book for grown ups.

The characters were one dimensional, and I found Clarissa and her boyfriend relationship quite weird by nowadays standards. They know each other quite well to the point that Clarissa’s dog is comfortable with her boyfriend, but they reserve a hotel room and they don’t want to share a bed to sleep because they have not reached that point in their relationship. Say what? Again, this could be justified if the main audience is young adults, but even like that it’s just plain weird.

I also think that Baublitz should have investigated a bit more about dog shows before attempting to write a book about them. Some things felt really childish, like how easy is for Clarissa’s boyfriend to enroll Paw in the show, and how well Paw and Clarissa did just after a couple of hours of training. C’mon, be at least a bit realistic. With details like this it feels like this is a children book.

I think I was bothered by all these things to really care about the mystery, and I felt no urgency to know who was the murderer, nor I really cared if anything happened to any of the characters.

Nancy Bober’s narration was okay, but the character’s interpretations felt quite stiff. It felt more like reading than narrating.