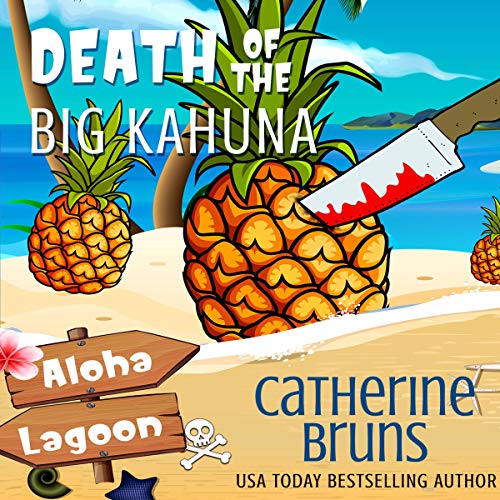 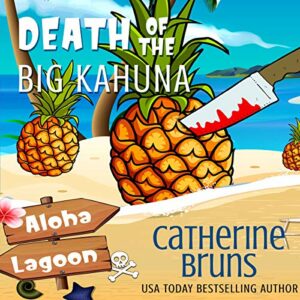 From USA Today bestselling author Catherine Bruns, comes an Aloha Lagoon Mystery that proves sometimes paradise isn't all it's served up to be.

New to both Hawaii and the Aloha Lagoon Resort, Carrie Jorgenson has big dreams of stardom. But while she awaits fame and fortune, she's forced to accept a job waitressing at the resort's The Loco Moco Café. It isn't long before she discovers the dish on her new boss—also known to many as "The Big Kahuna." Hale Akamu is rich, handsome, repulsive...and dead. When Carrie discovers Hale's lifeless body, she's suddenly forced into yet another role—amateur sleuth. With everyone from Carrie to the saucy chef to the café's hot assistant manager under suspicion, Carrie needs to track a killer before she becomes his next main entrée!
**Recipes included!**


About Aloha Lagoon:
There's trouble in paradise...
Welcome to Aloha Lagoon, one of Hawaii's hidden treasures. A little bit of tropical paradise nestled along the coast of Kauai, this resort town boasts luxurious accommodation, friendly island atmosphere...and only a slightly higher than normal murder rate. While mysterious circumstances may be the norm on our corner of the island, we're certain that our staff and Lagoon natives will make your stay in Aloha Lagoon one you will never forget!

I want to clarify that this is a multi-author series, meaning that each book is written by a different author, and the stories are not related. I had previously listened to the first book, and despite being this the sixth book, I had no issues following the story as each book is a stand-alone. The only thing they have in common is that the events happen in Aloha Lagoon, an imaginary place on Kauai, Hawaii.

Decided to part with her dysfunctional family, and following her boyfriend Brad, Carrie Jorgenson, a twenty-something girl, is a newly arrived at the Aloha Lagoon resort. Without previous real experience, she applies for a job at The Loko Moko Café, where she gets hired. The café owner is a despicable man with many enemies, and everyone seems to be a suspect after Carrie finds him dead at the cafe one evening after closing time.

I am really into cozy mysteries, and after listening to Ukulele Murder, the first book in this series, I was looking forward to this one. I would like to mention that I listened to this audiobook while I was spending a week in Hawaii, so I was ready to enjoy the luxurious descriptions while I was in a similar setting. Something that I missed were those descriptions, though. I have the feeling that this story could have happened anywhere else and still retain its essence. I have expected a special atmosphere to set the reader’s mood but it just was not there. The mystery was interesting enough to kept me engaged, even though the characters were not super developed. Despite Brad being Carrie’s boyfriend, we know little about him, and even Carrie’s story is obscure. I think this book would be mostly enjoyed by young adults, as Carrie is quite young and her worries revolve around an unresponsive boyfriend and an attractive coworker.

It was an entertaining story, not the best cozy mystery I have ever listened to but good enough to keep me going.

Amy Deuchler’s portrayal of Carrie was quite good, but I would have liked a bit more expressiveness and a more lively narration during humorous moments. Her male voices were good, but there was little differentiation among his female interpretations, which made following dialogs a bit difficult sometimes. The audio production was good and there were no issues.