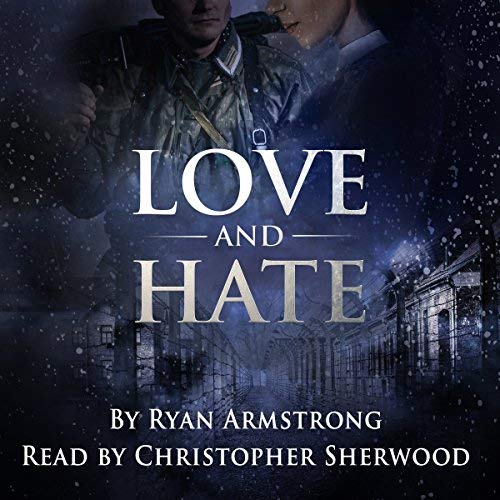 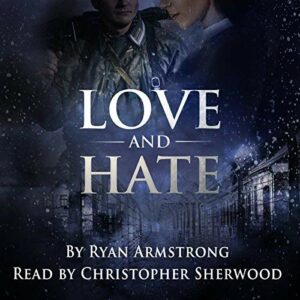 My name is Hans Beck.

This book is violent and graphic. To talk about what happened differently would not be fair to Lilo.

World War II: A young Nazi guard stationed in a ghetto in Regensburg, Germany finds himself in a time and place that he hates. He has never directly participated in the bloodletting but has done nothing to stop it. He wonders if his soul can be saved. He saves a Jewish girl's life when ordered to murder her. He refuses despite the consequences. Perhaps the girl he saved can save him? Maybe she can be the key to his redemption and a light for his soul, to guide the way home.

Hans Beck was born in the wrong place at the wrong time. His brother is a powerful man in Nazi Germany, but Hans can’t bring himself to believe that Jews are what the society says they are. But Hans has to keep appearances and follow orders… until he’s not able to do that anymore.

This was an intense story of love and hate, of a man choosing his destiny, when it seems the choice has already been made for him. I found the story gripping, but the writing style was at times a bit confusing. The first POV change caught me completely off guard and I spend some minutes trying to know what was going on, especially since the second main character was barely introduced at that point. The events happening to these two characters are heartbreaking, but I have to say that after a while they became a bit repetitive and there was too much Deus ex Machina for my liking. I think the idea and the premises were very good, I just found the execution a bit disjointed.

The characters were not very likable, and some of their actions didn’t make a lot of sense. In a way, I think this was intended to make them more realistic, but somehow that didn’t work very well with me. It was nevertheless a great story.

Christoper Sherwood delivered a very heartfelt narration, bringing the characters to life and giving me goosebumps at times throughout the story. There were some setbacks though, that I would like to mention. First, the audio quality was not great, which forced me to pay special attention, especially at the beginning. His accent was quite good, but he used the same voice for almost all characters. There were some exceptions, but that was for some secondary characters, which didn’t make a big difference. My main issue is that Hans and Lilo sounded exactly the same, making the POV changes even more confusing than how they really were. One last aspect I would like to comment on is the effort put in character interpretations. Sherwood did a masterful job here, but I think we should establish limits between an audiobook and a play. I think his interpretation of Hans would have worked really well on theater, but for an audiobook, I found it kind of… uncomfortable. The sniffing noises and crying were just too much for me. I understand that may work for some listeners, but I find it distracting and out of place.

I received this audiobook as part of my participation in a blog tour with Audiobookworm Promotions. The tour is being sponsored by Ryan Armstrong. The gifting of this audiobook did not affect my opinion of it.

2 responses to “Book Review: Love and Hate: In Nazi Germany”