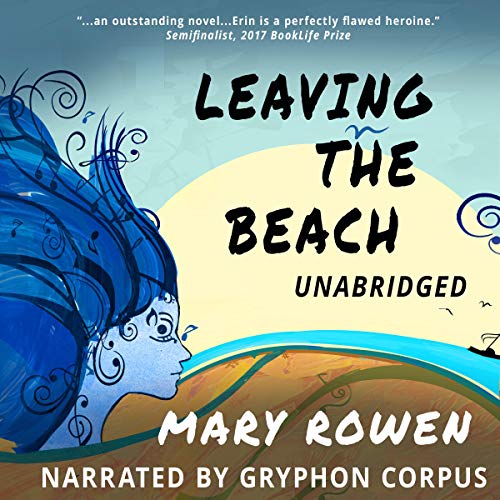 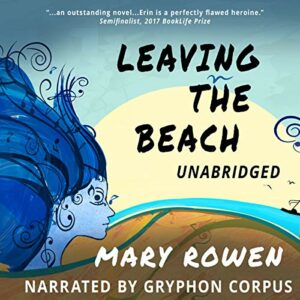 Written with heart and keen observation about the day-to-day struggles of a “functioning bulimic,” Leaving the Beach explores the power of fantasy, then shoves it up against harsh reality until something has to give in this women’s novel set on the sandy beaches of Winthrop, Massachusetts.
Meet Erin Reardon, a lonely bulimic woman who believes she’s fated to save grunge music superstar Lenny Weir. Forget the fact that Lenny reportedly killed himself several years earlier; Erin’s not the only fan to believe his death was a hoax, a last-ditch effort by the drug-addled musician to reclaim his privacy. And Erin has felt a special bond with Lenny for years. So when she gets picked up hitchhiking by a mysterious man who resembles Lenny physically, she makes some quick assumptions. After all, he has extensive knowledge of the music industry, there’s a guitar in his trunk, and he has issues with drugs. She’s finally about to fulfill her destiny…

This book has been on my TBR pile for some months, and I regret it now so much! From the very first minutes, it trapped me and didn’t let go. I listened to it literally every free moment I had for the last days as I wasn’t able to stop.

Erin Reardon has serious problems. Not only dealing with bulimia, but also losing her father to a tragic accident, and the world, in general, being unfair to this misunderstood woman. My younger years were much less eventful but I could see myself in so many of Erin’s experiences that it was like Rowen was speaking directly to me. I think the fact that Erin is such a flawed character makes her so relatable and close to our hearts. She makes a bunch of bad decisions, but I was able to understand why she was acting the way she did. Waiting for fr things to go wrong was like watching a car crash in slow motion. You know it’s going to hurt but you just can’t stop looking.

There are two alternating storylines in this book, one from Erin’s younger years in high school and college, and another from several years later when she is a young independent woman but still a hostage to her fears and insecurities. There’s a common aspect to both storylines that I won’t reveal here but it adds a great deal of intrigue to the plot and complements perfectly Erin’s story.

This would have been a 5-star book for me, but I found the ending a bit anticlimactic. It’s not that the story was building towards something big, and we’ve definitely seen Erin’s castles in the air plenty of times before, but there’s something not sitting well with me and I can’t put my finger on it. A solid 4.5 stars.

Gryphon Corpus delivered a delightful narration. She really became Erin in this story, bringing her to life with her warts and all. The book is so well written, and the narration is so well done, that it was like listening to Erin’s thoughts and being with her at concerts, vomiting in the bathroom, and driving to work in the stranger’s car. Gryphon Corpus was also able to interpret the rest of the characters in a way that each had a different style and voice, allowing the listener to easily follow the dialogs and just relax.

A book I thoroughly enjoyed and that I absolutely recommend.