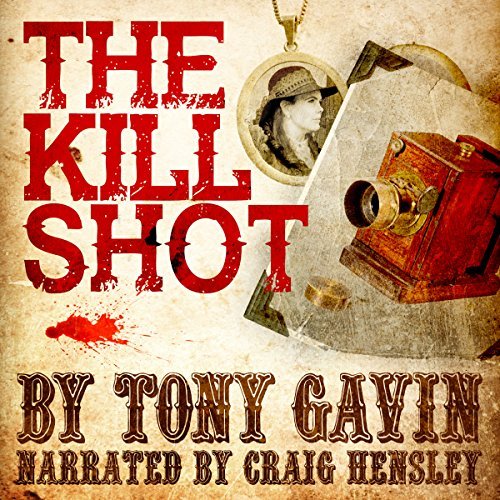 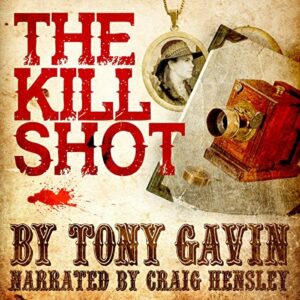 Assisted by Luv Lass a young 'Soiled Dove' newly wed Darcey Teller seeks to identify and to bring to Justice her murdered husbands killers. Using Darcey's expertise as a photographer, the two unlikely heroines devise a machination they refer to as "The Kill Shot" as a means of accomplishing this deadly task. But first they must do battle with each other, with their own social differences and with Darcey's desire for vengeance over justice, before ultimately battling it out with the bad men. Just who is saving who and from what? Is a question that you will ponder frequently as the story unfolds.

This is a story of vengeance and justice. Two outlaws are responsible for the two people’s deaths. Darcey Teller will seek revenge, and be the strong woman in a men’s world.

I really enjoyed this western. Usually this kind of novels have male main characters but here we are up against a strong main female character helped by another outstanding woman. The characters were quite well portrayed and it was easy to connect to them.

I don’t want to give any spoilers away, but at first I had troubles to buy Darcey’s desire for revenge. It seemed a very unfortunate event but not close enough to her to justify her wrath. Things rapidly changed, and then things started to make more sense. I found some things a bit predictable, but that didn’t deter me from enjoying this book.

There is plenty of action, great dialogs, and numerous facts about old photography that would delight anyone with a little bit of curiosity about the subject. This and the fact that we have a strong woman getting her way in a men’s world are the most remarkable things in this book.

Craig Hensley’s narration was mostly correct but the women’s voices sounded all the same, and he practically just used two accents to differentiate characters. I found it a bit weird that a male narrator was chosen for a book where the two main characters are women. I think this audiobook would have worked a lot better with a female narrator.

I thoroughly enjoyed this audiobook and would recommend it to anyone into westerns and strong female characters.