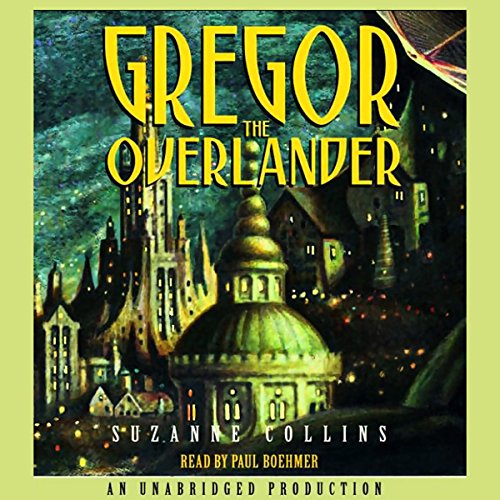 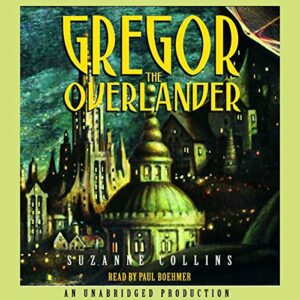 This irresistible first novel tells the story of a quiet boy who embarks on a dangerous quest in order to fulfill his destiny—and find his father—in a strange world beneath New York City.
When Gregor falls through a grate in the laundry room of his apartment building, he hurtles into the dark Underland, where spiders, rats, cockroaches coexist uneasily with humans. This world is on the brink of war, and Gregor's arrival is no accident. A prophecy foretells that Gregor has a role to play in the Underland's uncertain future. Gregor wants no part of it -- until he realizes it's the only way to solve the mystery of his father's disappearance. Reluctantly, Gregor embarks on a dangerous adventure that will change both him and the Underland forever.

Gregor and his little sister “Boots” are accidentally transported to the underworld, where things are different than in Gregor’s world. This will nicely tie-up with George’s father’s disappearance and other exciting events.

This was a cute little book aimed mainly at middle graders. I have to say that I’ve heard great things about this series so I expected a bit more from it. I’ve also heard that it gets better later on so it will probably happen like in Harry Potter’s series, which also gets progressively more interesting when the characters grow a bit.

Paul Boehmer’s narration was mostly correct but I found the tone too patronizing at times, like he was reading to kids, which in fact, he was. I was just never fond of this kind of narration. He differentiated characters well with different voices and styles but he missed the mark with Boots. I think voicing a toddler might be difficult for a male narrator, but I know it’s possible with the right technique. In this case, Boehmer overdid it and it was just too much.