Posted May 27, 2018 by lomeraniel in Audiobooks, Non-Fiction, Review / 0 Comments 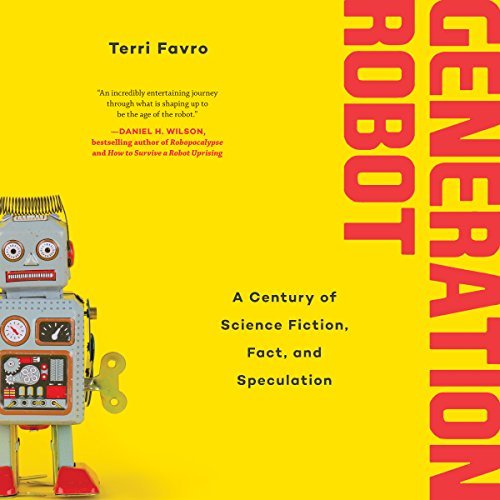 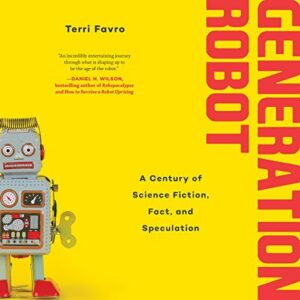 Generation Robot covers a century of science fiction, fact and, speculation--from the 1950 publication of Isaac Asimov's seminal robot masterpiece, I, Robot, to the 2050 Singularity when artificial and human intelligence are predicted to merge. Beginning with a childhood informed by pop-culture robots in movies, in comic books, and on TV in the 1960s to adulthood where the possibilities of self-driving cars and virtual reality are daily conversation, Terri Favro offers a unique perspective on how our relationship with robotics and futuristic technologies has shifted over time. Peppered with pop-culture fun-facts about Superman's kryptonite, the human-machine relationships in the cult TV show Firefly, and the sexual and moral implications of the film Ex Machina, Generation Robot explores how the techno-triumphs and resulting anxieties of reality bleed into the fantasies of our collective culture. Clever and accessible, Generation Robot isn't just for the serious, scientific reader--it's for everyone interested in robotics and technology since their science-fiction origins. By looking back at the future she once imagined, analyzing the plugged-in present, and speculating on what is on the horizon, Terri Favro allows readers the chance to consider what was, what is, and what could be. This is a captivating book that looks at the pop-culture of our society to explain how the world works--now and tomorrow.

I rarely read non-fiction, but I found the title and premises of this book appealing. Terry Favro explores how robots were conceived in literature and film, and how that translated into reality. We witness the beginning of simple machines like elevators, and then typewriters and computers; how Gates and Jobs started their journey, and the evolution of AI, driverlerss cars, without forgetting the eternal debate about whether robots will take away our jobs.

I found it an interesting book, even though I belong to a newer generation, but it was enjoyable how the robot industry affected Terry Favro and her family. There was a bit of speculation that I enjoyed less, for the simple fact that I didn’t find it realistic enough. I think it is, in general, a good book for sci-fi enthusiasts and people who are curious about the evolution of robots and computers, but maybe a bit too generic if you are looking for a more scientific read.

Teri Schnaubelt did a wonderful job narrating this book, keeping it interesting and compelling, and using different voices when Favro was quoting somebody. You can’t go wrong with Schnaubelt!