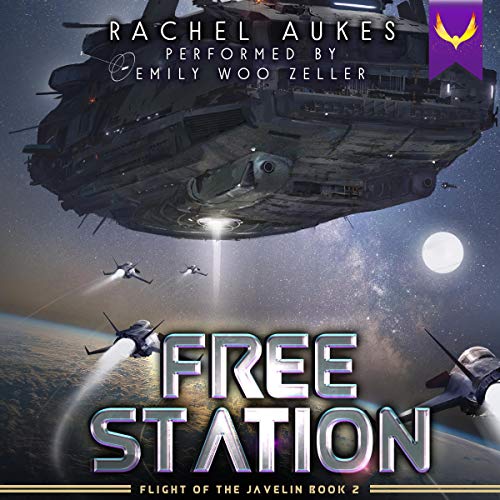 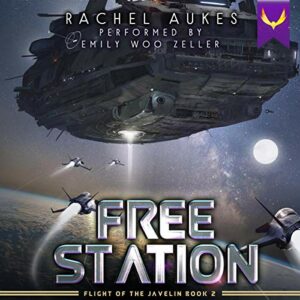 The Galactic Peacekeepers are being hunted.

The tables have turned. Marshals are going missing.

Marshal Throttle Reyne and her Black Sheep are sent on a mission to investigate the recent surge in pirate attacks. But when the pirates unite and take over Free Station, the headquarters of the Galactic Peacekeepers, the Black Sheep must make a suicide run against the pirates and save the lives of their friends. If they fail, the system will belong to the pirates.

The story takes place a couple of years after the first book in the series. Throttle and her crew are now part of the marshalls in Free Station, and one of their first missions makes them face an old enemy.

After how things ended in the previous book, I was eager to read more about the Black Sheep crew. Things are very different for them now, as they are now on the “right” side of the law, even though their motivations and their essence are still the same.

I am especially enjoying Rusty’s part in the story. It was certainly what most intrigued me in the previous book and wanted to know more about it. Since book one, it is clear that there is much more to the Javelin than what the crew believes. We get some more glimpses about the truth behind this abandoned spaceship in this book, but we will have to wait for book three to uncover it.

The previous book was about justice and doing the right thing, while this one is more about revenge. I had more difficulties this time in relating to the characters and their motivations. Justice is a subject that works a lot better for me, while revenge does not. It says a lot that Rusty’s part was my favorite in the book.

Emily Woo Zeller’s narration was very enjoyable. She does not only have a very pleasant voice but her characters’ interpretations were spot-on, and the subtle variations in tone and style made dialogs easy to follow almost all the time. There were a couple of times where voices were not consistent. Breathing noises were slightly audible sometimes. It was barely noticeable and I am sure I was able to perceive them because I was using headphones. These were just minor details, and I can honestly say that I loved her narration.