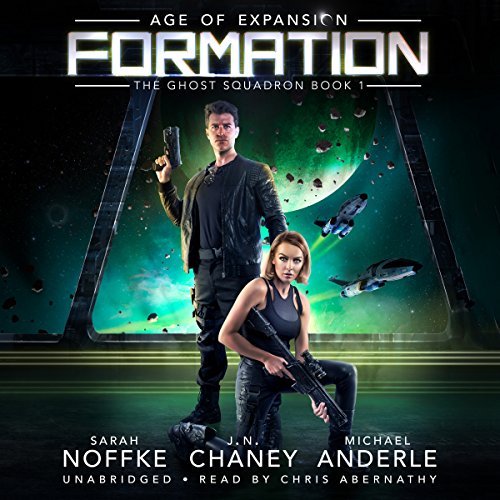 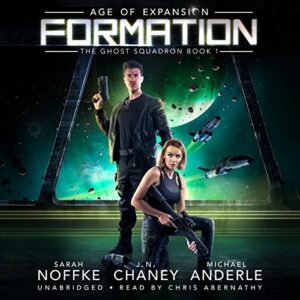 Kill the bad guys. Save the Galaxy. All in a hard day’s work.

After ten years of wandering the outer rim of the galaxy, Eddie Teach is a man without a purpose. He was one of the toughest pilots in the Federation, but now he’s just a regular guy, getting into bar fights and making a difference wherever he can. It’s not the same as flying a ship and saving colonies, but it’ll have to do.

That is, until General Lance Reynolds tracks Eddie down and offers him a job. There are bad people out there, plotting terrible things, killing innocent people, and destroying entire colonies.

Someone has to stop them.

Eddie, along with the genetically-enhanced combat pilot Julianna Fregin and her trusty E.I. named Pip, must recruit a diverse team of specialists, both human and alien. They’ll need to master their new Q-Ship, one of the most powerful strike ships ever constructed.  And finally, they’ll have to stop a faceless enemy so powerful, it threatens to destroy the entire Federation.

All in a day’s work, right?

*NOTE: If cursing is a problem, then this might not be for you.

My original Formation audiobook review and many others can be found at Audiobook Reviewer.

First of all I want to mention that I decided to listen to this book because I really admire Noffke and Channey’s work. I was not familiar with the Kurtherian Gambit series, so I took a bet on this one.

It is an action packed space opera with likable but also archetype characters. We have the old hero, now an antihero, and the beautiful and skillful female counterpart. There are many fights, hilarious moments, and a couple of twists that will delight many. Also mentions about some of the characters in the mainKurtherian Gambit series, so this will be a pleasant read for the loyal fans.

From the pointof view of a Noffke and Channey’s fan, the book is a bit disappointing. It’s not that I didn’t enjoy it but one of the things I enjoy the most from these two authors are their characters, which are usually quite developed and easy to connect to. This didn’t happen for me here, the characters are one-dimensional, and despite their funny dialogs, I didn’t much care for them.

Chris Abernathy’s narration was also okay. His character interpretations were really good but his voice range quite limited. His female voices were not great and sounded like the male characters, moreover the male characters sounded all quite similar, which caused me some troubles to follow some dialogs. The audio production had no issues.

All in all it was an okay book, light and unpretentious, enjoyable but forgettable.