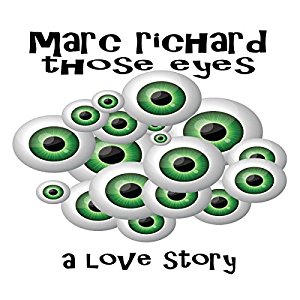 We are more than just a sack of blood and bones. Us humans are capable of one of the more basic yet complex emotions. We call it "love," and it is governed by forces far greater than you and me. And it usually comes when you stop searching for it. This is one such story of love lost and found and lost and found... Ronnie and Helen are soul mates. They are madly, truly, deeply in love. In a bond so strong nothing can break it. Not even death. When they meet again, in another life, they are different people. And years apart. This book is a truly inspirational story, but it is, above all else, hilarious. Readers who enjoy dark humor will fall in love

This book is a satirical view about God and reincarnation. I would not recommend it to diehard believers since they may find it irreverent, but as an atheist I did not mind this at all. It was quite hilarious, in fact. The book is based on the principle that reincarnation is something real, and the only way to create new lives (or to transfer them). The book basically tells the story of a young couple in the 50’s, in which he dies but reincarnates on a young boy who all his life feels something missing. It is the sad story of two predestined souls who never meet at the right time, but which are nevertheless still waiting for each other.

Be prepared for a totally different book. The story is told in a funny and quirky way, with lots of cutaways and random comments. It is clear that this book is written by a man, by the gruesome way in which the deliver scene is described. I found it a bit too much.

The characters are well developed and I was able to relate to them, but in a way I felt cheated, since we expect them to meet at some point in life but we have just to conform ourselves with the hope that maybe one day they will meet, despite all the efforts made by Josh and Steve (Richard’s version of God). I had the impression of a long build up just to have it deflated at the end.

In a way, this book is like life itself, in which nothing goes according to plan, and we have to make do with what we get; and even if something feels that must happen, there is never the security that it will.

David S. Dear’s cheeky narration was the perfect for this book. His compelling tone kept me interested through the cutaways which threatened to get me distracted. His characters’ interpretations were quite vivid and voices were distinctive enough to identify them. Dear’s voice is clear and the audio production was quite good. There were just some little noises towards the end of the book. For the rest it was a five star narration.

Despite the strangeness of this book, I really enjoyed it, but be aware that it is not a story for everyone. But those who get this book will have a lot of fun.

I was given this free review copy audiobook at my request and have voluntarily left this review.