Posted May 21, 2018 by lomeraniel in Audiobooks, Review, Science-Fiction, Technothriller / 0 Comments 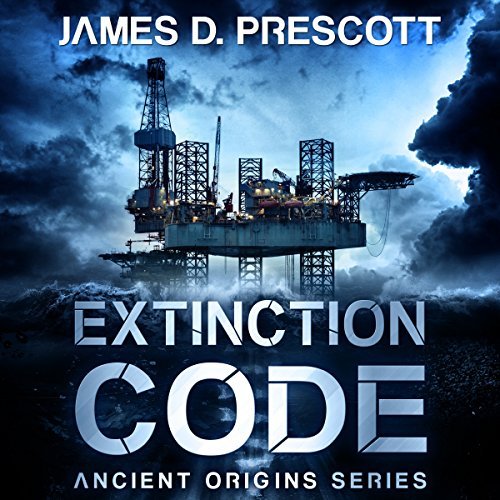 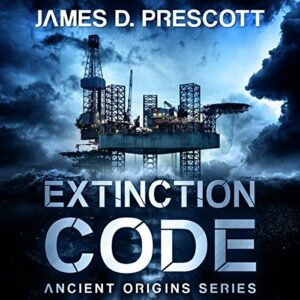 We were wrong about the origins of our species.
For eons, the truth has remained hidden.
Until now...

Geophysicist Jack Greer believes he may finally have found the resting place of the meteorite that wiped out the dinosaurs sixty-five million years ago. A few miles off the Yucatán coast, Jack and a team of scientists tow an aging drilling platform over the impact crater with the aim of securing a sample. But buried deep beneath the earth lies a shocking discovery that threatens to shatter everything we think we know about the origins of our species.

A world away, geneticist Dr. Mia Ward receives a mysterious delivery from her former boss and mentor, Alan Salzburg. In it are clues of a dire warning hidden inside the human genome, one which foretells man's very extinction.

His instructions to Mia are simple: keep the information safe and, above all, trust no one--words all the more chilling after Alan turns up dead. But who wrote the message and what does it mean? Jack's recent discovery just may hold the answers, but can she reach him in time to save the human race?

A team of scientists is sent to a remote place in order to investigate the meteorite responsible for wiping out the dinosaurs, but what they find there is much more surprising than what they expected. In the meantime a series of burst are causing a very rare disease in many people, and the only geneticist in the world with a clue about what could be happening is running for her life.

Technothriller is one of my favorite genre, and the premises of this book seemed so great that I could not let it pass. There are two main plots here, one about the team exploring the supposed meteorite, and another about the geneticist trying to find out what is happening with the world and especially with her daughter, racing before she gets killed.

It is clear that James D. Prescott is a fan of Arthur C. Clarke; not only due to Hall 9000’s mention, but also because this book reminded me a lot of ‘Rendezvous with Rama’, one Clark’s greatest novels. In both books the scientific team’s mission is exploring an object from outer space, and through observations and hypothesis they try to reach a conclusion. While Clark’s book lacked character development, ‘Extinction Code’ did a bit better. It is not that the main characters are ultra developed, but they are easily recognizable, and their motives and priorities in life are quite clear. What I missed in this book were more clear and detailed descriptions. At times I found the ‘meteorite’ interior a bit confusing. Some may think that ‘Rendezvous with Rama’ had too much level of detail, but I remember that was one of the characteristics that got me hooked.

I was very curious about several facts in the story, and whether they were just fiction or partially based on reality. Luckily Prescott thought about curious minds like mine, and answered these questions in the epilogue (thank you!).

Gary Tiedemann’s narration was compelling and to the point, not interfering with the story, and bringing characters to life. The audio production was perfect. The only aspect that did not completely convince me were Tiedemann’s female voices. They sounded like the male’s, and at times I had troubles identifying who was talking.

This is the first book in a series, and book 2 is expected to be released sometime this summer. I hope we will get an audio version soon enough, since this series looks really promising. I have so many questions, and I am quite impatient to see how Prescott will answer them.