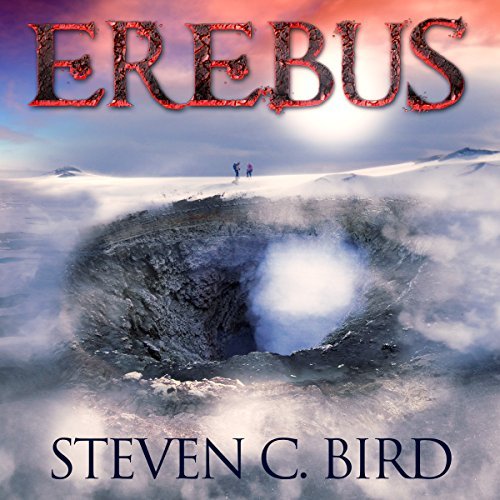 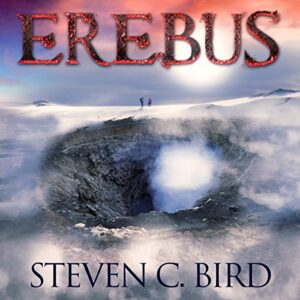 Despite the extreme conditions around the crater of Mount Erebus, life exists. Life does not travel to Erebus by way of birds or other plants or animals, but from deep within the Earth itself. Ascending from the dark world beneath Antarctica, microbial life arrives at the surface, only to find itself trapped within the volcano, confined by the icy, lifeless prison that surrounds it.

Today, on the steep and icy slopes of Mount Erebus, can be found a rugged team of scientists, researchers, and mountaineers carrying out their work in one of the harshest and most remote parts of the planet, at a facility known as the Mount Erebus Volcano Observatory, or simply MEVO. These professionals, tough enough to brave the extreme climate of Mount Erebus, include experts in the fields of gravity and magnetotellurics, volcanology, geophysics, and even astrobiology.

These doctorate-level professionals travel each year from several major universities such as Cambridge, Missouri State, the New Mexico Institute of Mining and Technology, and the University of Washington to study Erebus, as well as the unique environment it has created for itself in one of the most remote places on Earth. They are assisted by a professional mountaineer, as well as graduate students from their respective institutions who study under them.

In many respects, the inhabitants of McMurdo Station are on their own on the vast and remote continent of Antarctica. This is especially true during the winter months, when most of the station’s one thousand residents return to warmer climates, leaving behind a skeleton crew of only two hundred to face the rigors and potential horrors of life at the bottom of the world—ALONE.

A team of scientists are working at Mount Erebus, in Antarctica, and are ready to leave for the season, but strange events will make this difficult.

Erebus is a zombie novel with a different setting than the typical zombie stories. Probably this is why I had troubles enjoying it, since I expected something a little bit different.

There are many characters in this story but none of them are fully developed, which cause me not to really care for them. The dialogs sounded forced and I was not convinced by the characters’ interactions. There is plenty of action though, and many stressful and gore moments for these characters, so it is still quite entertaining.

What I enjoyed most was the narration. Kevin Pierce delivered excellent characters’ interpretations and kept me interested in the story, even though it was not my cup of tea.