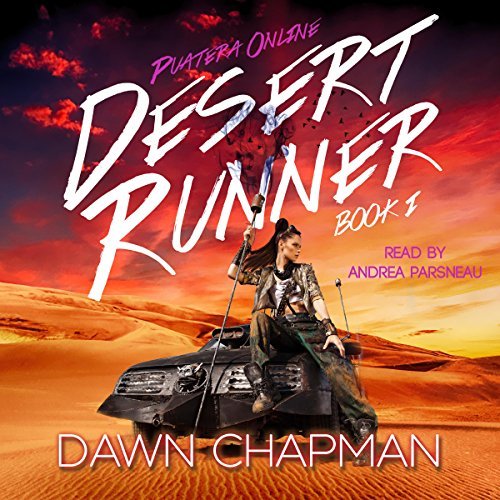 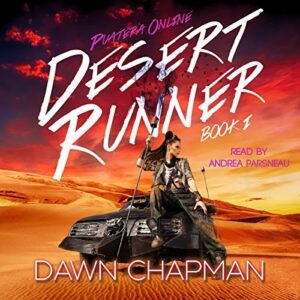 An NPC story. With her pain potions in short supply, Maddie accepts a deadly run, pick up a package in Trox City and cross the desert plains to Port Troli, the only issues – an unwanted passenger and Tromoal breeding season.

I listened to ‘The Secret King: Lethao‘ some months ago and Dawn Chapman’s talent completely swept me off my feet, so I decided to pay a close attention to anything new that she got released on audio. I am not really into LitRPG, although I have listened to some titles, but I wanted to give ‘Desert Runner’ a try. I am glad that I did, because I really enjoyed it, and it’s just not the typical LitRPG novel. In this case we have a NPC (non-player character) as a main character, with all the issues associated to an NPC: a certain programming that makes he behave in a certain, trapping her in her role withing the LitRPG. Maddie is a desert runner, and the quest this time is transporting a special package across the desert.

I really enjoyed Maddie’s world, but I would have liked to know more about it. For those not really into LitRPG, there is not a lot about it in this novella, so I think it could work well among sci-fi and fantasy fans. The characters are well depicted, and although there are constant reminders about their role as NPC’s, their stories were kind of endearing and felt somehow real. There is a reference to the real world that made me want to know more, so I am definitely listening to the next book in the series.

The length is just over 3 hours, which makes it ideal to listen to it in between longer books. Maybe, due to the fact that some people don’t want to spend a credit on shorter books, it might be a good idea to release the complete series together as an audiobook.

Andrea Parsneau’s narration was perfect for this book, and I think she had the ideal voice and interpreting skills to impersonate Maddie. Not only that, but she gave a unique voice and style to every character, also transmitting the character’s emotions and bringing them to life. She has a very pleasant voice and her diction is clear. The audio productions was spotless.