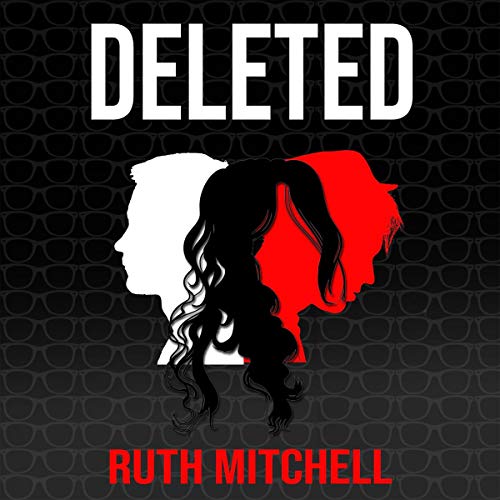 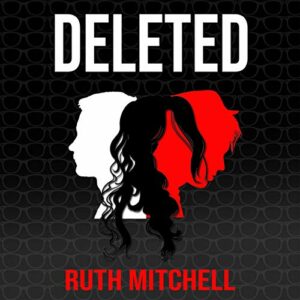 Three things happen when technophobe Lucy learns to mindhack.
1. Her brilliant crush becomes her boyfriend2. Together they solve small crimes.3. She’s deleted from his memory—and everyone else’s
Now the only person looking for the college freshman is a mysterious young hacker who erases memories for profit. If he finds her, he will wipe out her memories—or worse. If Lucy doesn’t find him and stop him, no one will know that minds can be hacked and lives rewritten.

This novel is set in the near future. Everyone, but Lucy and old people, wears specs. Specs are a piece of technology that gives their wearer access to what we would know as the cloud or internet, as it happens today with smartphones. A few have found that specs can be hacked to alter people’s memories, and Nick has made a living out of that. But he is now looking for Lucy, because she witnessed a crime committed by him, and her memories cannot be altered, but she can be deleted from other people’s memories.

I found the plot very interesting but it led me to expect a cyberpunk story, not a love triangle for young adults. There were interesting bits of philosophy, and the flashbacks and flashforwards me the story more dynamic. This did not work for some people but I think it was an interesting way of showcasing the events.

One of my main problems is that I was not able to relate to any of the characters. Lucy likable enough, but her fixation in not wearing specs felt a fit forced. Her reason was that she wanted to see the world without filters, which matches the story at hand, but a similar argument could be made about nowadays technology, and I believe we must learn how to use it properly, not just avoid it altogether. This moral messages and some others rubbed me off the wrong way, I guess. There was also abundance of religious talk, and Lucy was, of course, a model to follow here. She was so perfect that she was almost unreal. I also do not care about religion, so I avoid this topic in books in general, especially in science-fiction. Religion just does not fit in there for me.

I missed some background regarding the characters and some more world-building. We are thrown into Lucy’s story without any kind of information. She is on the campus with a friend, and she studies philosophy, but we know nothing about her daily life or how she looks like.

Abby Anderson delivered an okay narration, but there were issues that we often find in unexperienced narrators. On three occasions throughout the audiobook there are repeated sentences, and there were several volume changes. Her character interpretations were a bit cold, especially Marco. He sounded too much matter of fact all the time, no matter how grave the situation was, and Nick’s voice seemed like an old man’s.

It was an okay book but geared more towards a young adult public. I expected a more hard science fiction focus, maybe cyberpunk, but this was just not it.